Manila Chronicles (Part 2 of 3): Spaced Out

Here’s the continuation of my Manila trip from the end of last year. Sorry it took me so long to finish this. I’ve been drowning in a lot of backlogs but anyway, this is one of the times I’ll be baring myself to you as I share my first ever roller coaster ride. :D 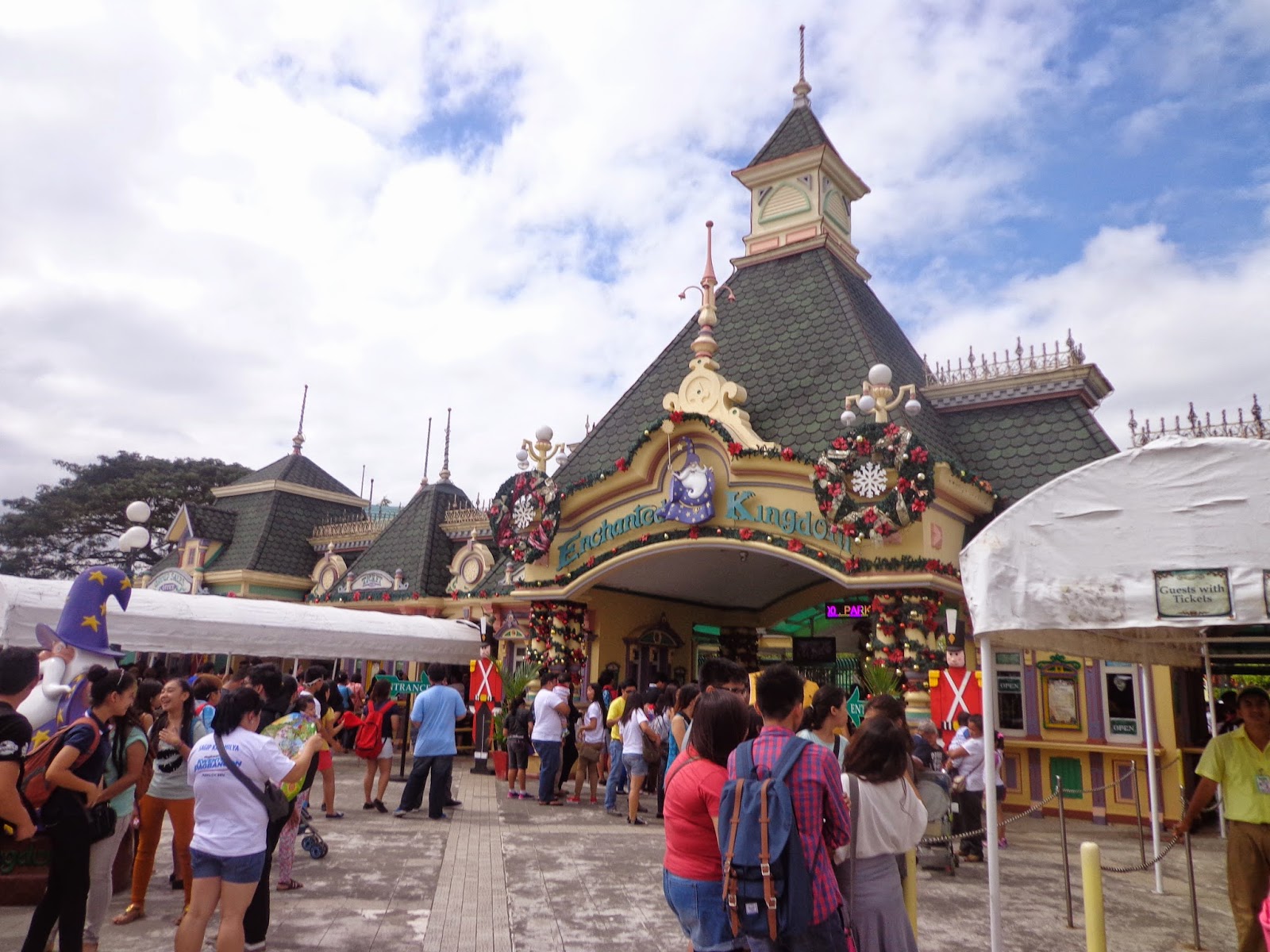 Enchanted Kingdom used to be just a familiar place I’d keep hearing about from friends who’ve been to Manila… until this day. I only realized during our trip that I haven’t been to any ‘legit’ local amusement or theme park. I’ve been to Hongkong’s Ocean Park and Disneyland and Singapore’s Sentosa. But, this was finally the day I’d get to meet the wizard in the purple robe. 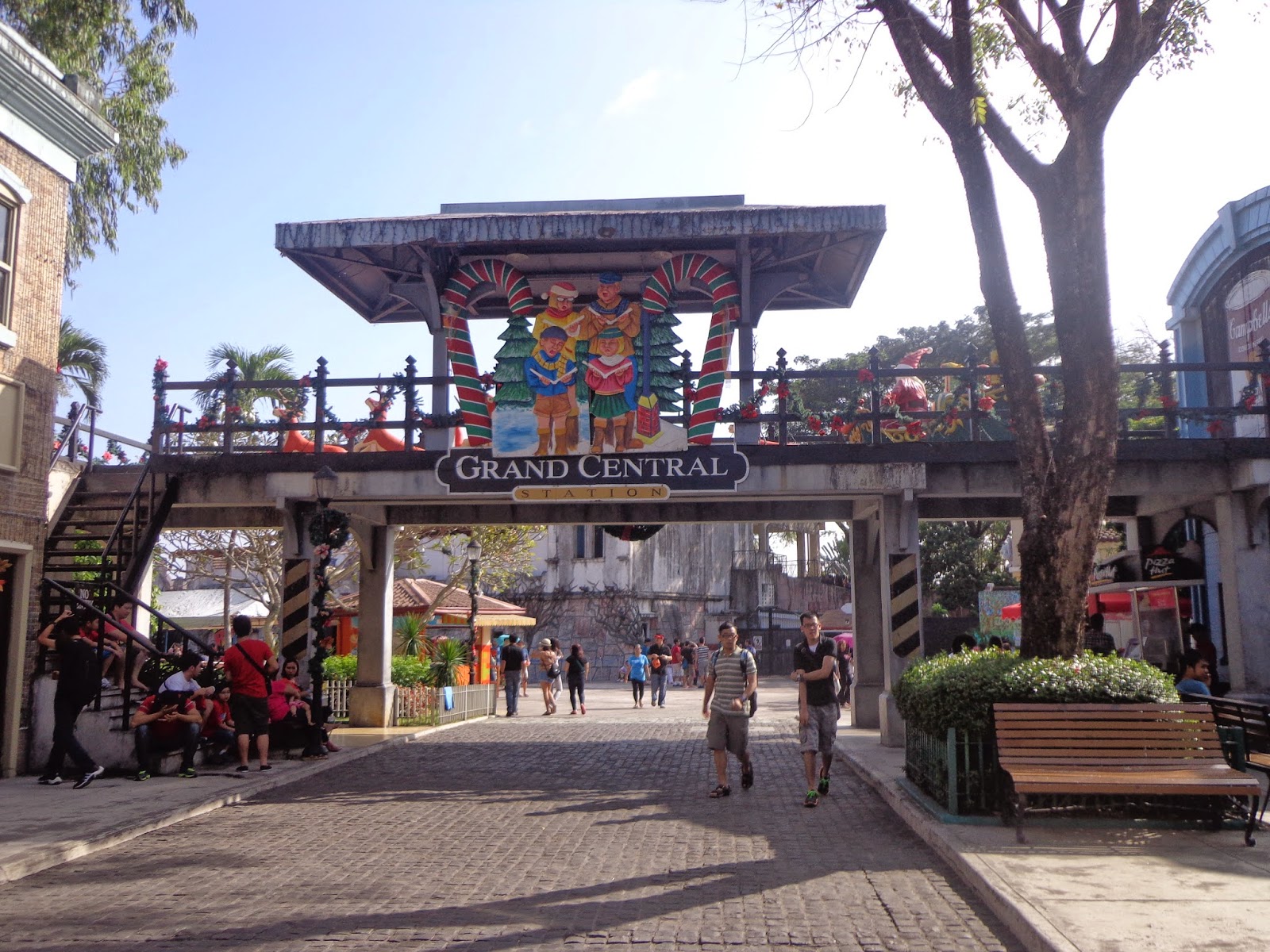 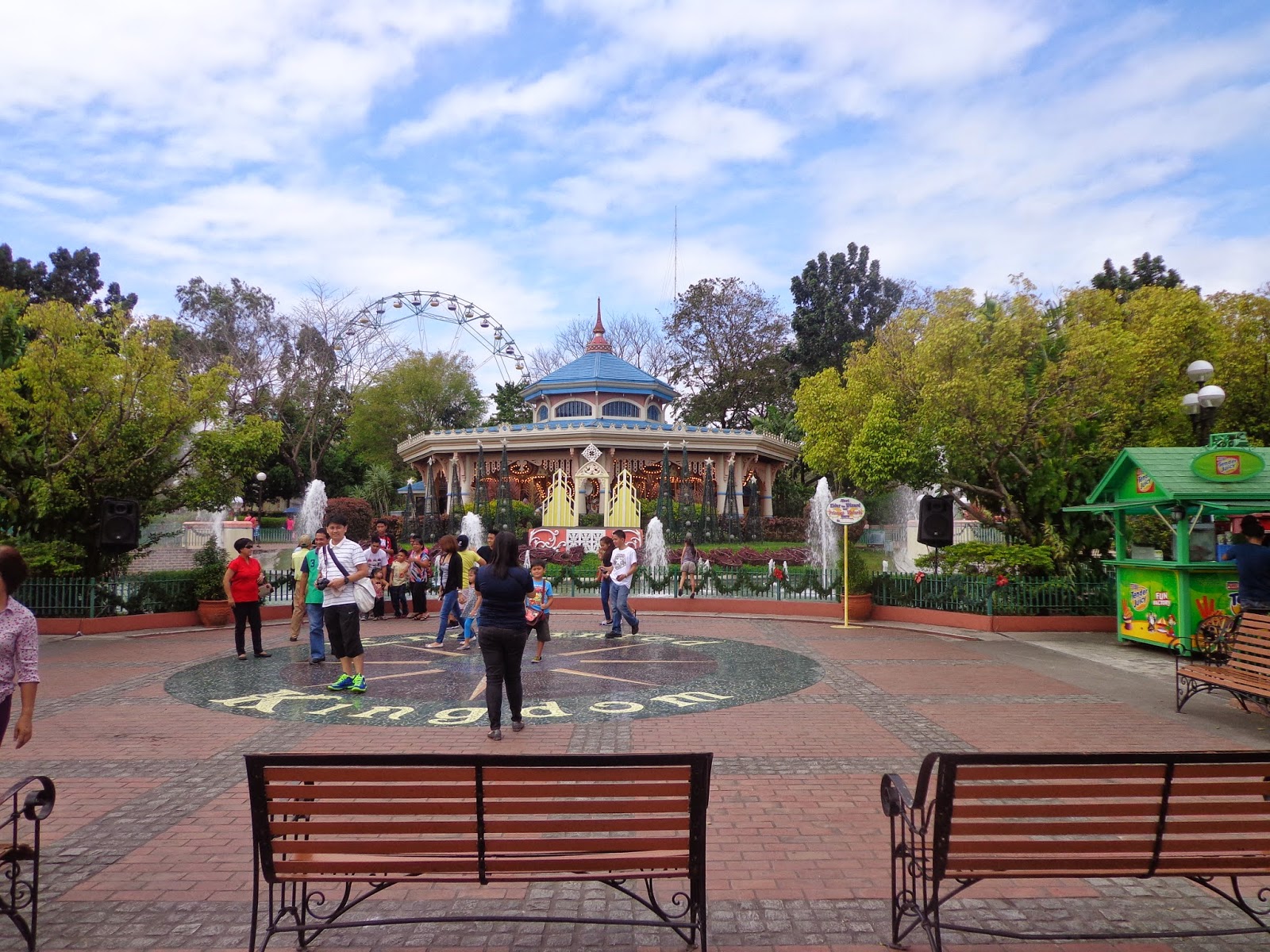 If I had been here before the international theme parks, I would’ve thought it was pretty grand for our third world country. The entrance, though not as magically grandiose as Disneyland’s, was good enough to believe that there was something to look forward to. 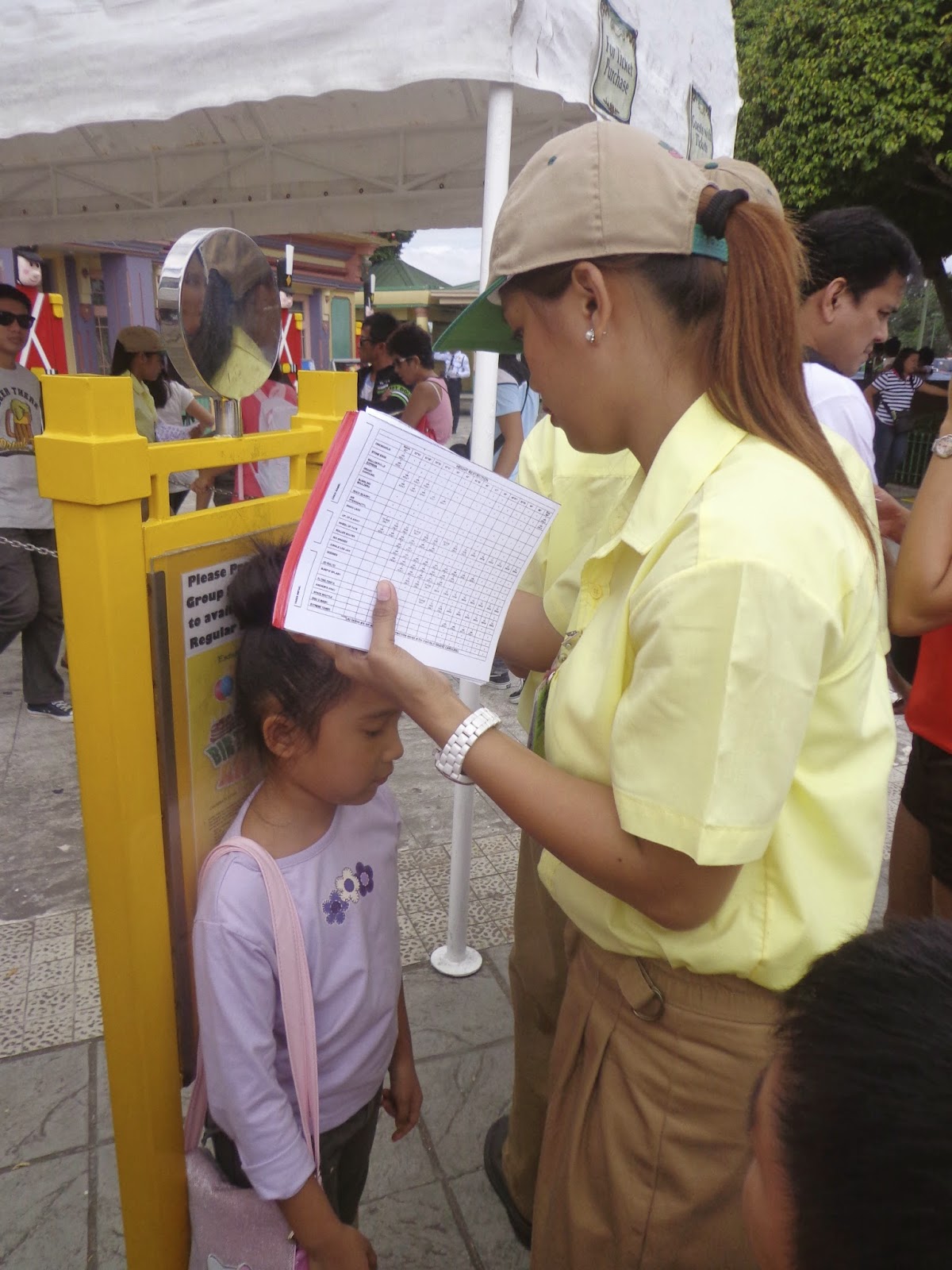 Children below 12 years old were taken height measurements and we were given a map to find our ways around. Park admission was P600 per adult, P320 for children 36-48 inches in height, senior citizens and disabled people get 50%, and children below 36 inches get in for FREE!

Our first ride was The Rapidz where I was pretty drenched and then we went on to watch some shows in what seemed to be a mini theatre. 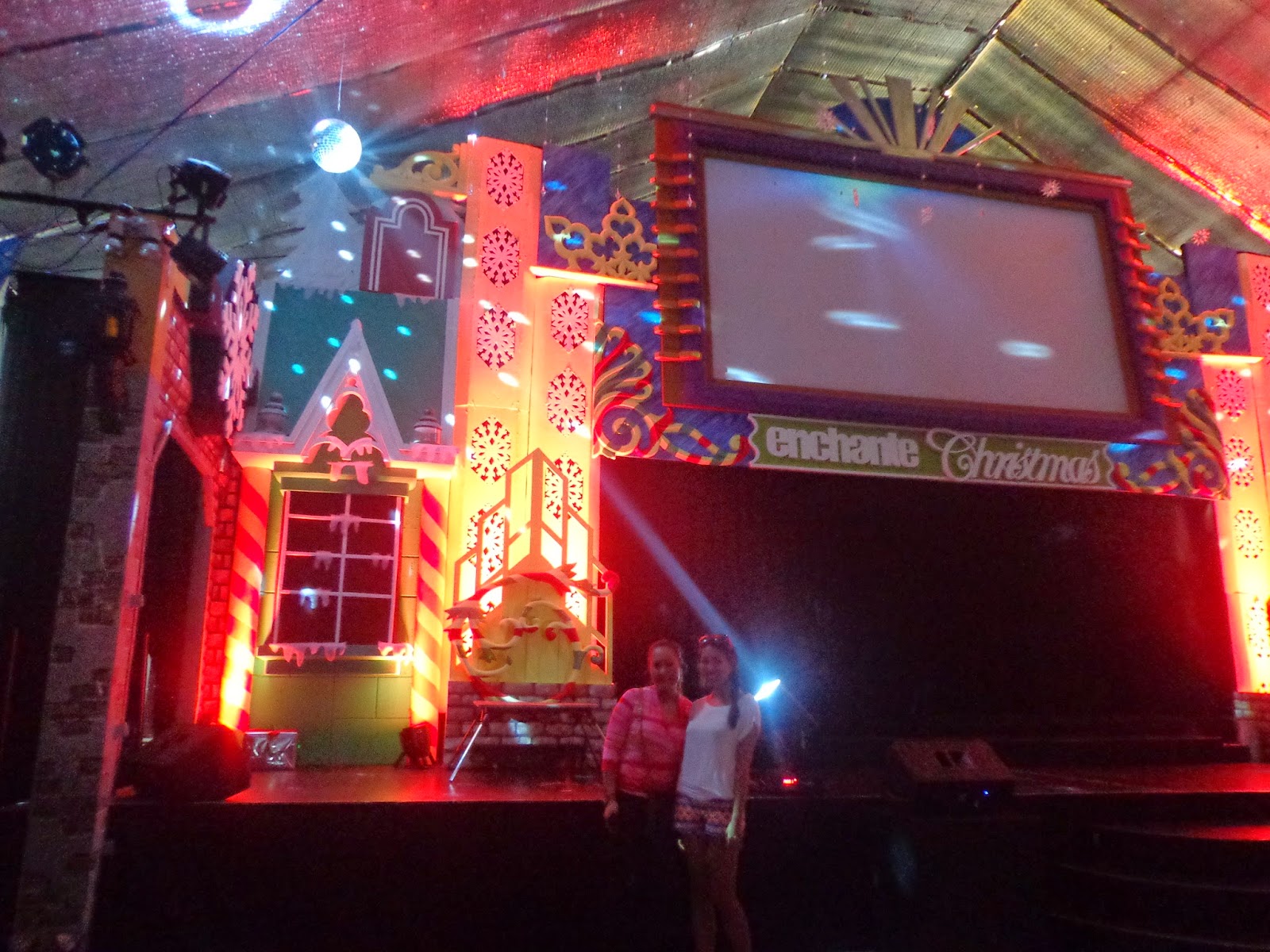 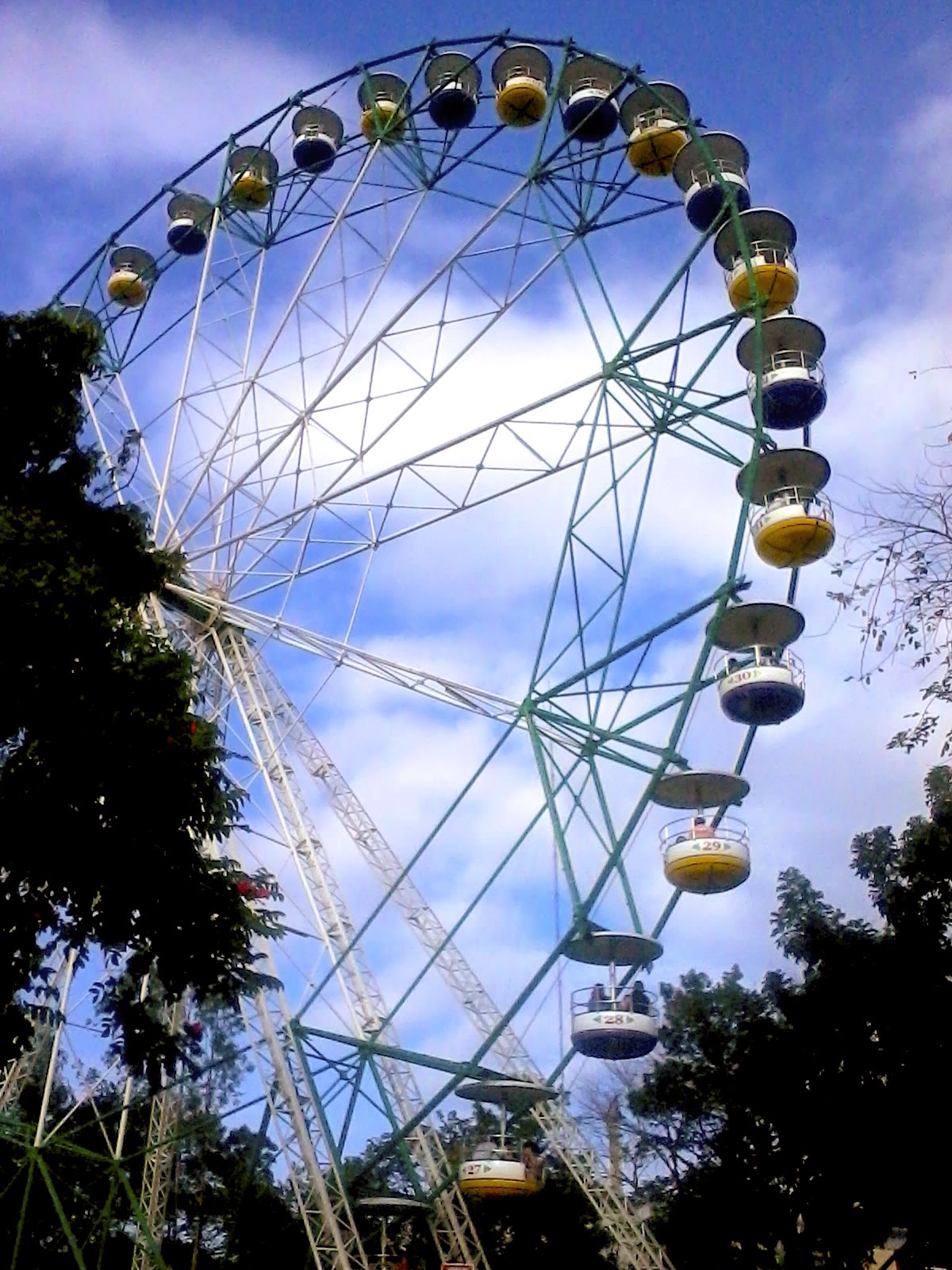 As soon as I saw the ferris wheel, I wanted to get on it. Surprisingly, mom thought she’d brave her fear of heights and go with me. It was not intimidating for me at all but right when we got in the booth, Mom wanted to get down. I managed to convince her to stay though. She just held on tightly to the railings while I was enjoying the view and took some photos. And that’s where the Space Shuttle roller coaster caught my eye. I never really had the guts to take on rides like these in other amusement parks – the most horrific I’ve seen was the Hair Raiser in Ocean Park, Hong Kong – because I never had anyone to ride with. 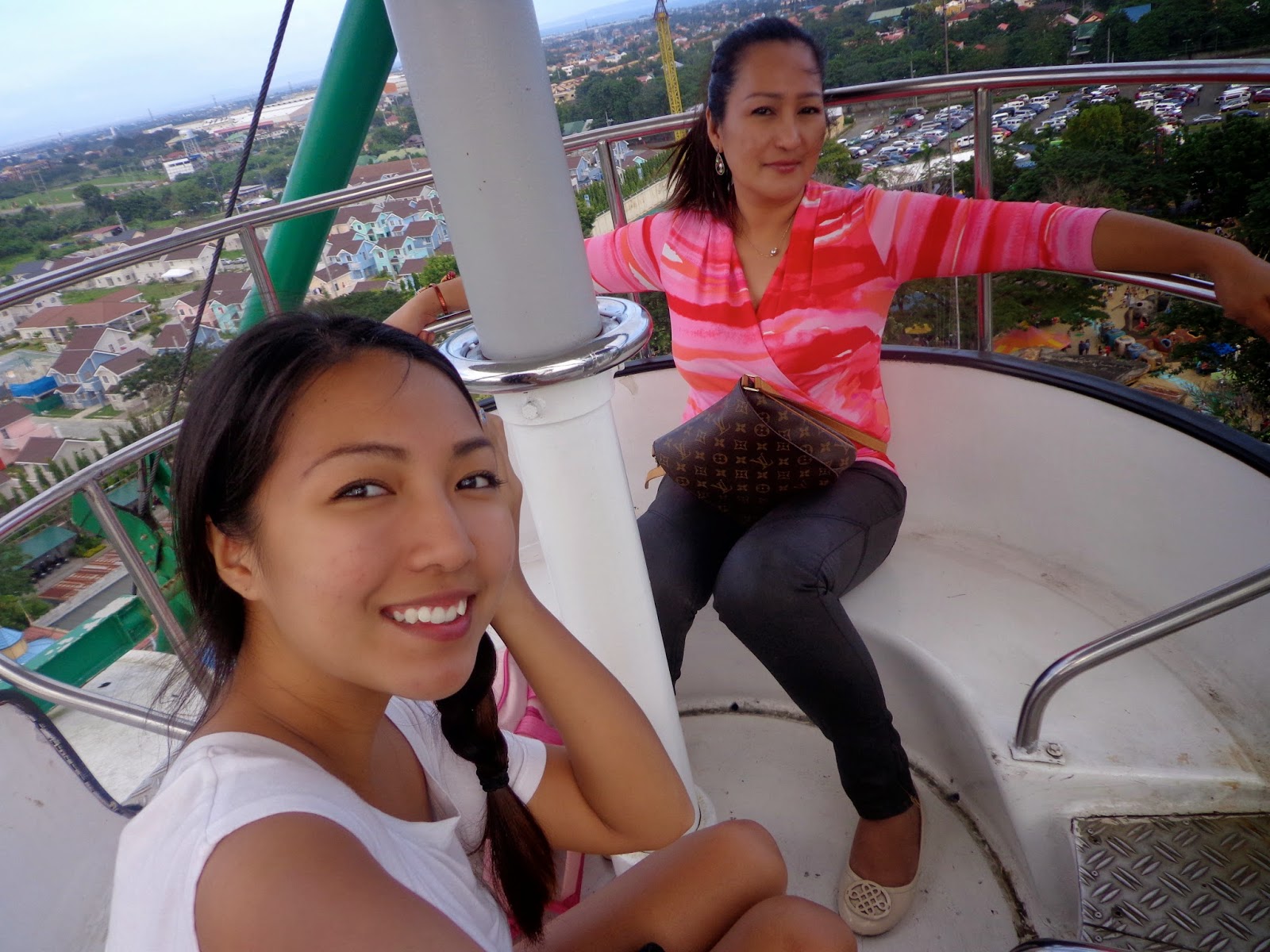 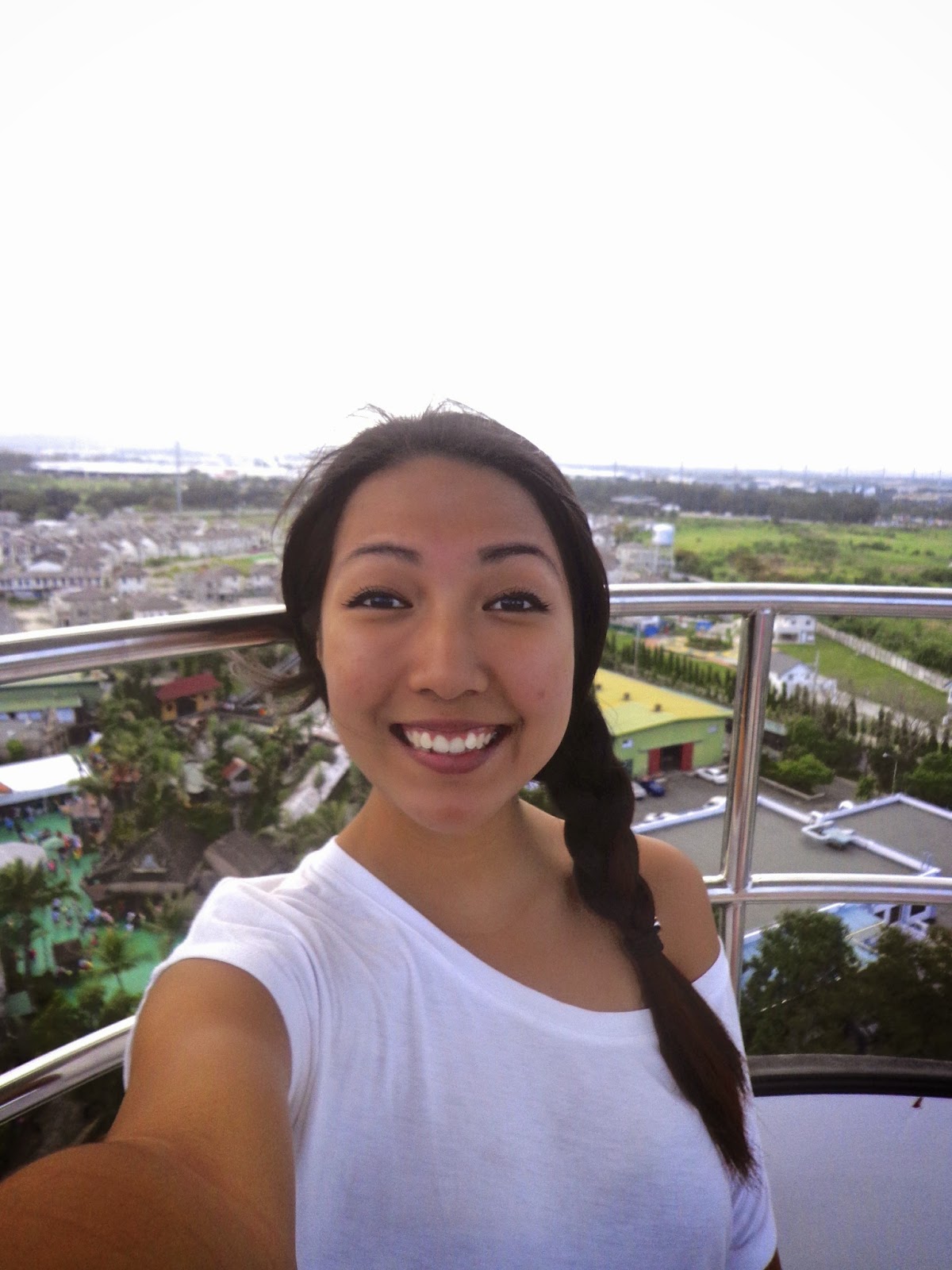 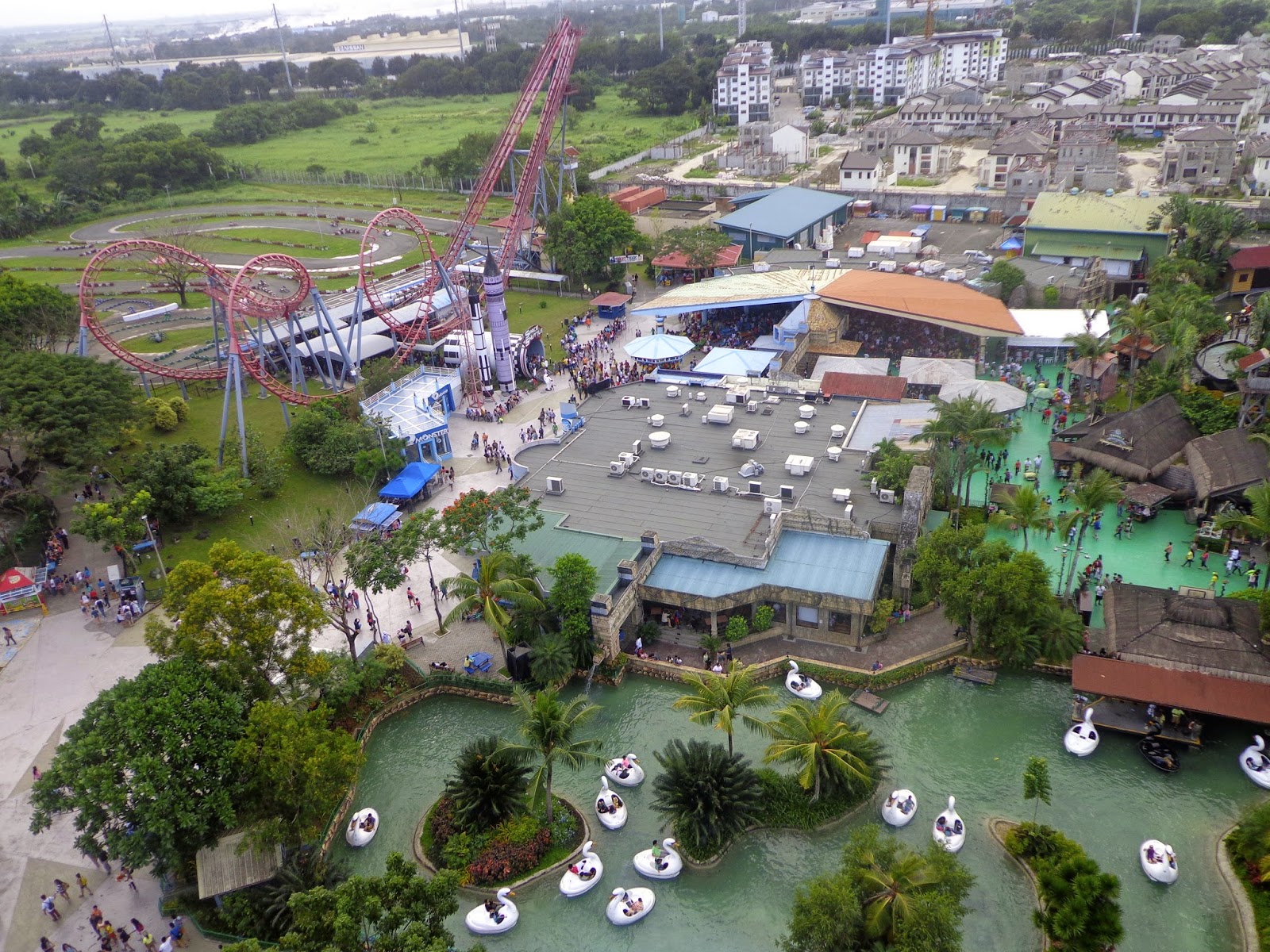 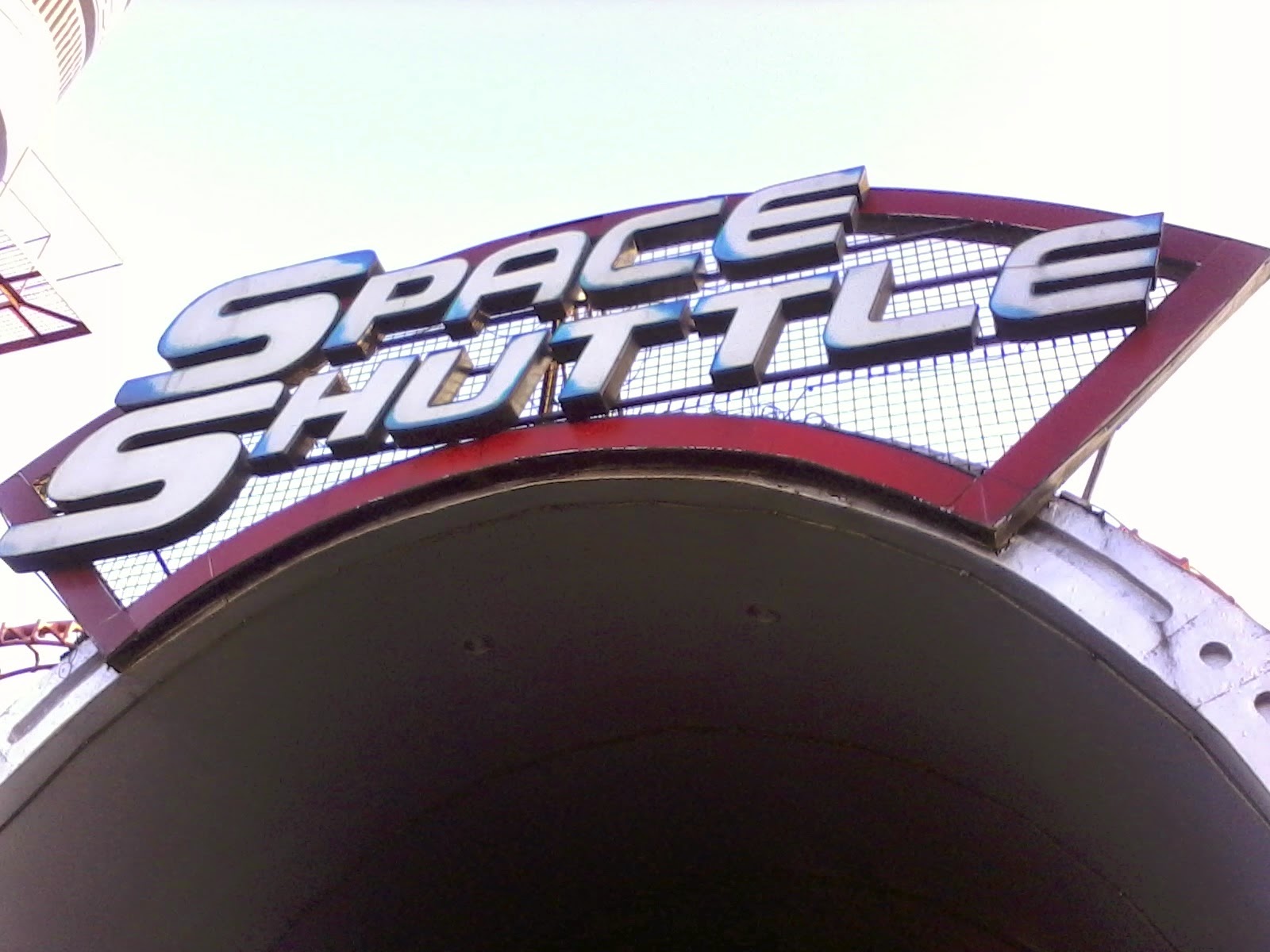 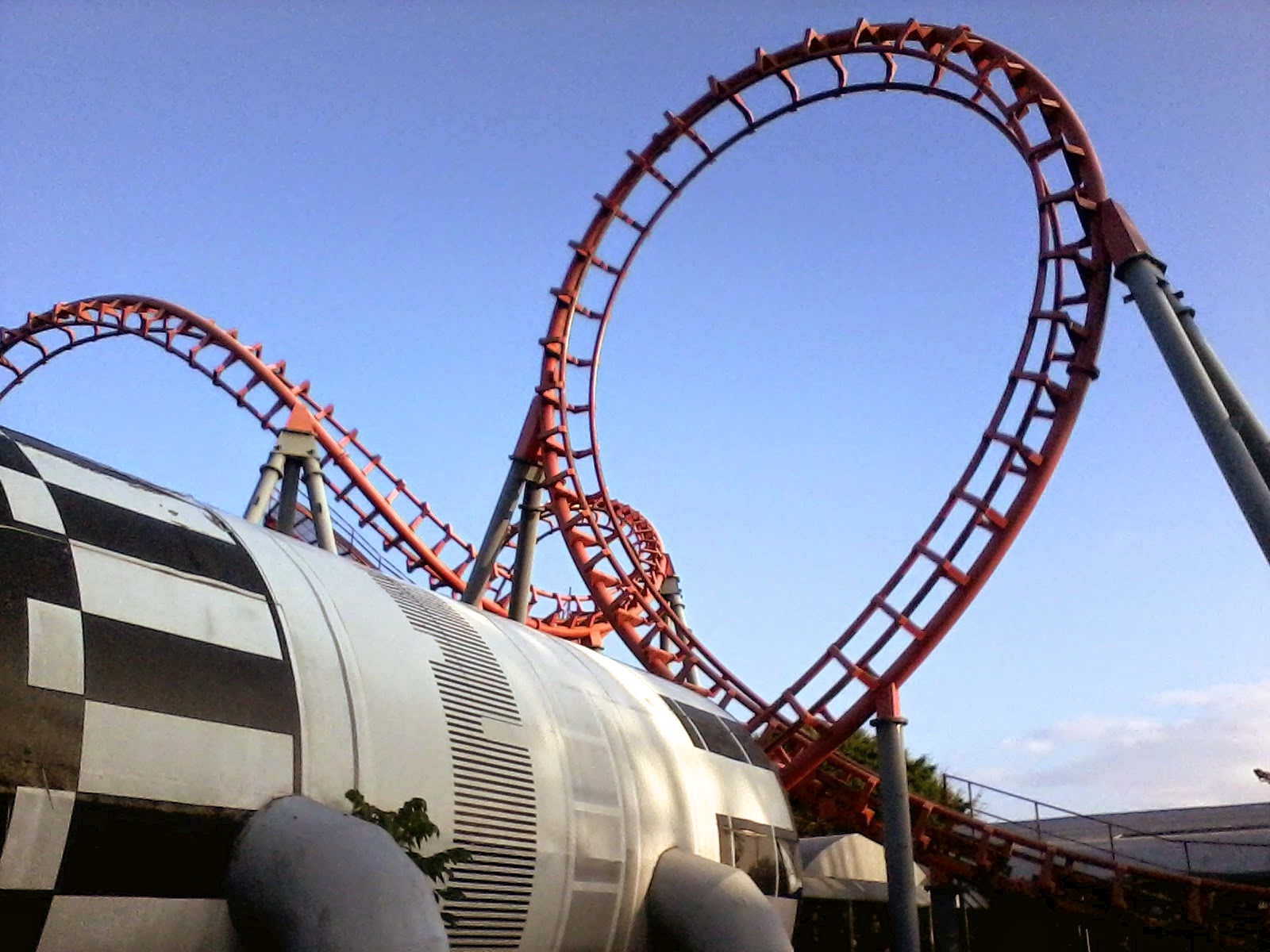 As soon as I got off the ferris wheel, I felt so ready to finally try riding a roller coaster. I scoured for company but even my older brother was unwilling. I was still determined to go even if I had to go alone. The line was really long and I felt like peeing but I just thought maybe I’d forget about it when I get on the ride. While waiting in line, I watched the ride over and over again, each round dampening my courage while I was trying to convince myself that it would be more fun than terrifying. I saw some people change their minds and leave the line yet after watching the ride, waiting in line for an hour, I couldn’t turn back anymore. From all the scenarios in my head that would give me all reasons to chicken out, I eventually reached a point where my mind just went blank; it just blocked off any pervading thought for the heck of trying something I’ve been scared of my whole life. I guess you could say I got lost in the moment. This was it! 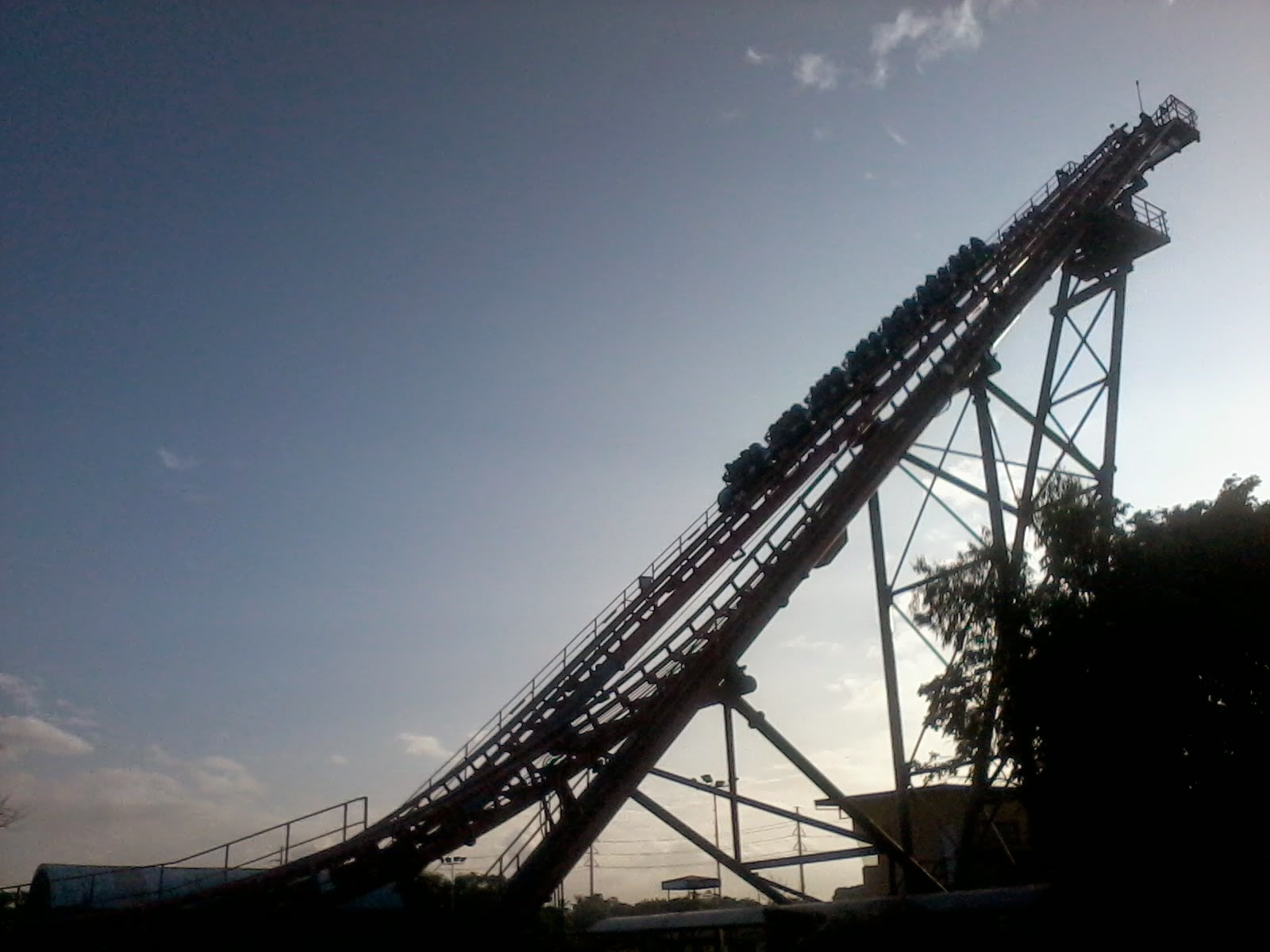 It was already dusk by the time it was my turn to get on the ride, as if the turn of events all came into play to set the perfect mood for my hair-raising ride. I had to be seated with a stranger since I was alone; to my disdain, it was a much older grown man. Lucky guy, he gets to watch me in my most elegant state.

The ride begins with a reverse upward motion in preparation for our full catapult. One gets a deceptive calmness as the view of the park comes to sight. And just when you think you’re calmly enjoying the view, the carts bolt away without a warning! I was already terrified at the imminence of this moment and the guy beside me heard it all – “oh no, oh my gosh, oh my gosh, please no.” I knew he was silently chuckling to himself. My internals resisted the defiance of gravity, seemingly clutching my lungs like how I was gripping my seat handles for dear life. There were no seatbelts! Just something like an open seat cover that caged us into our seats. It was almost like an out-of-body experience. I screamed like a pig about to be slaughtered and with eyes shut tight as we were dashing through air pressure and being hurled upside down. The guy must’ve been watching me the whole time, amused at my dancing cheeks and sincere terror.

But the WORST part that killed me was when we jolted to a halt, already suspended back up at the opposite end of the ride with our backs toward the entire course! There is nothing more terrible than the oblivion of where you will be headed and having to go through all those high, tightly spaced loops. It was like falling into a black hole. I couldn’t scream anymore; everything just zipped by in near silence but the sound of the carts reeling through the track. I just wanted the ride to end like waking up from a nightmare. Getting off the ride felt surreal, my feet almost unacquainted with solid ground. The guy beside me asked, “Miss, are you alright?” as I was floating more than walking; spaced out. My only victory was that I didn’t puke in the end but I did have a lingering nausea. To reward myself, I got a Dairy Queen Blizzard in strawberry oreo. My first DQ after 5 years!  I don’t think I wanna get on that ride again. But come to think of it, I can take fast rides; just don’t put me on reverse! 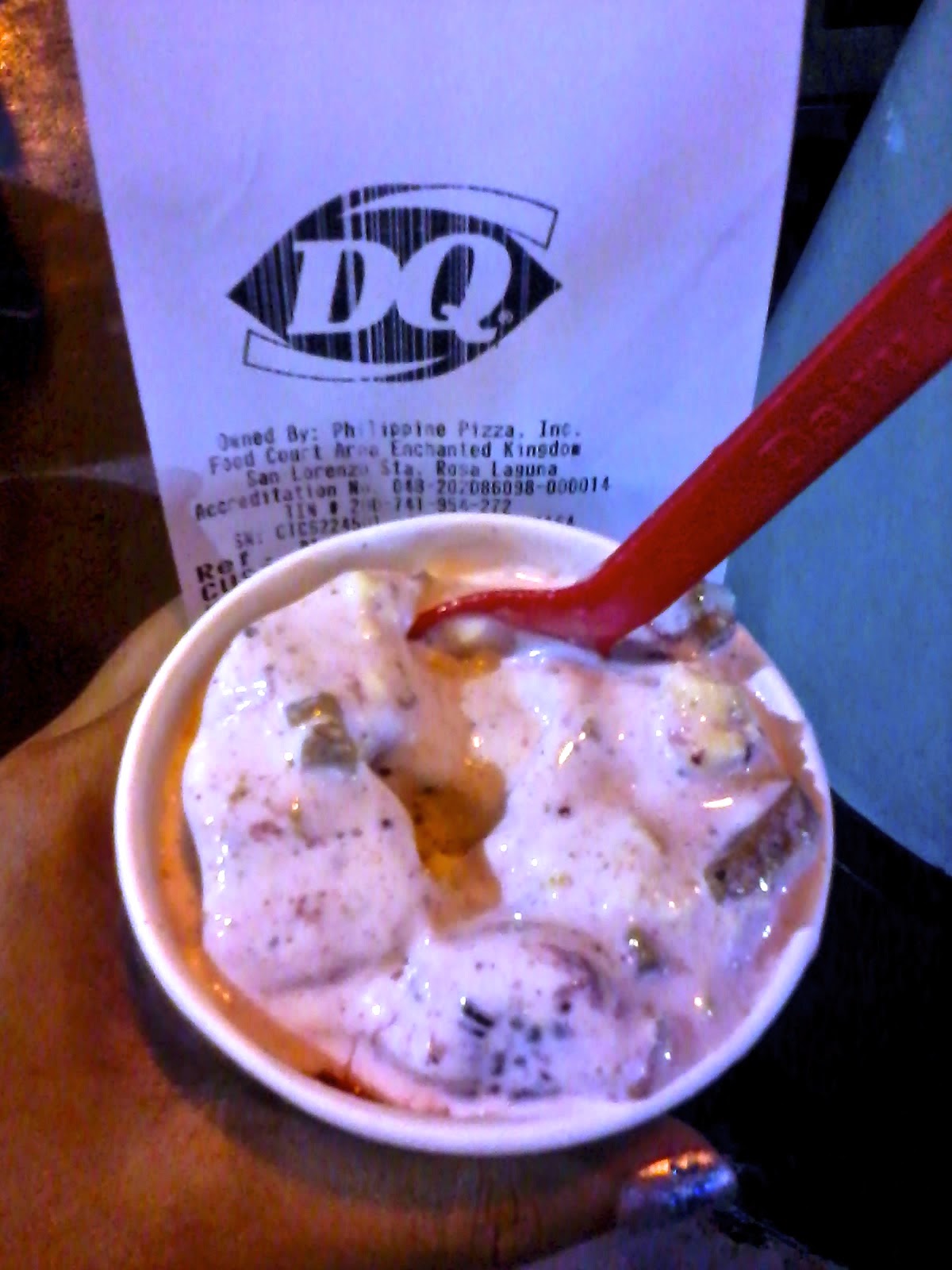 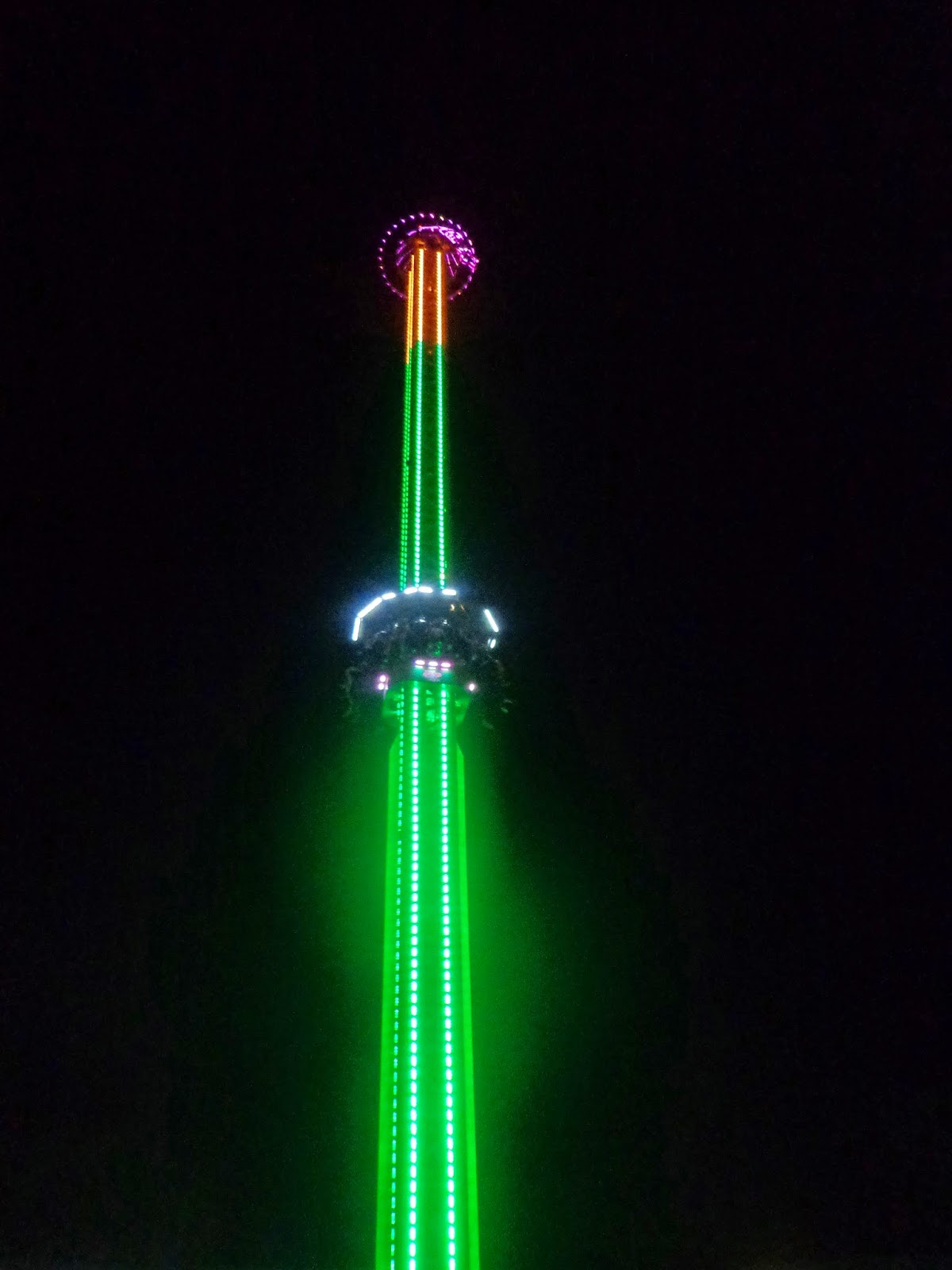 I couldn’t bother going on the other scariest ride in the park anymore - the Tower Drop (being dropped from hundreds of feet above the ground? no thanks) - after that traumatizing intestinal rambling. And the entire day, I didn’t get to bump into the wizard so I just cooled off the rest of the night with a chocolate-coated mango with this guy watching me. 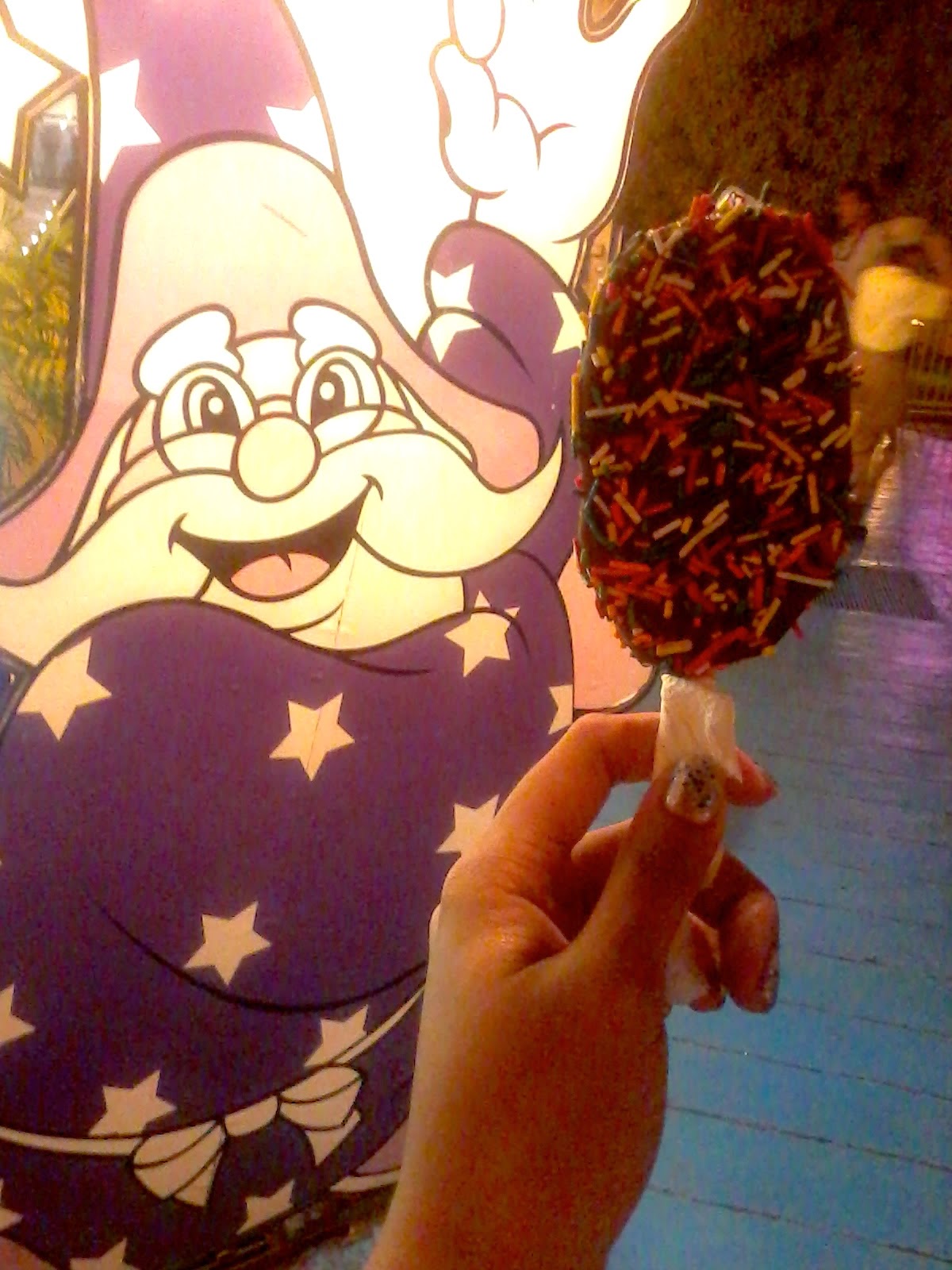 So, that was one item ticked off my bucket list. We left the park past 7:00 p.m. but my sister was already groggy. Haha. 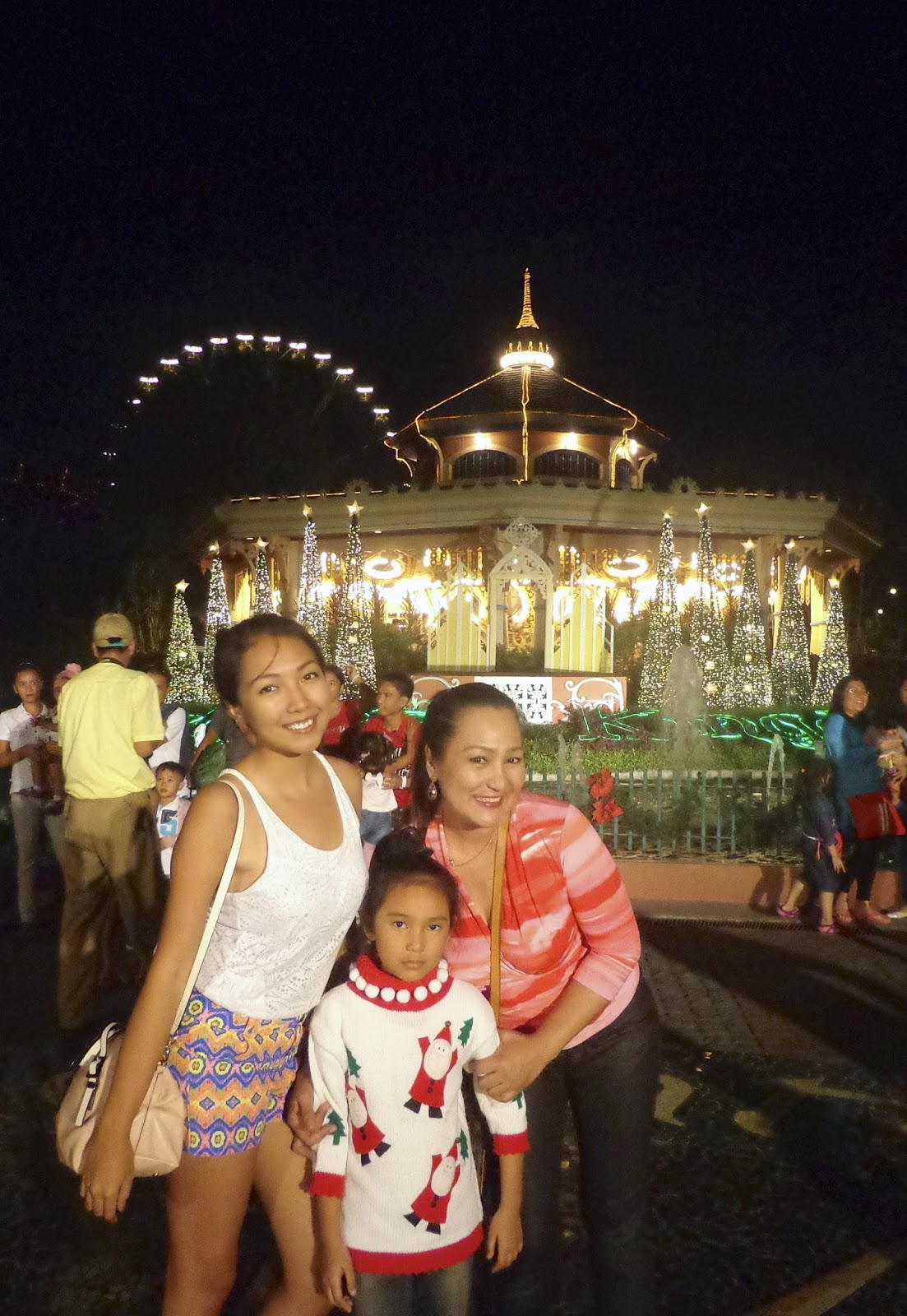 The final installment of this series will be posted soon and it’s the best one yet. I get to meet Chef Gene Gonzalez again after 3 years and even better, I get to have two meals with him!