Dong Juan: A Piece of Cebu in Quezon City, Manila

How have you been? I know I've been dormant on the blog for so long now. Do forgive me, I've been very occupied with school and Team Brownie. I'm on my final year in university so please bear with me. I hope you'd still look forward to my posts though they will be coming so rarely now. I'll still try to catch up on what I've been wanting to share with you guys. As much as I miss blogging, I am trying my best to excel in and not neglect my academics while juggling my little business on the other hand as well. I'll need all the encouragement and support I can get, so praying for me would be very much appreciated. For after all, none of my accomplishments are of my own strength alone. :)

Anyway, here's a post about one of my favorite Cebu restaurants opening their doors in Manila… Read up and enjoy!

If I'm not mistaken, Dong Juan, a Cebu home-grown restaurant, is one of the most featured restaurants in my blog. I think I have at least three posts about them (I even joined a chili burger eating challenge they once had) and I think that says a lot. I've mentioned before that Dong Juan and I go a long way back. It all started with that first bite of their burger three years ago that was probably the consummation of my "meat-lovingness". It was also one of the first few restaurants I wrote about on this blog.

Needless to say, I have always believed in this restaurant's potential. In its two years of commercially breaking through the Cebu food scene, Dong Juan persists to break boundaries beyond Cebu. Besides the growing empire they've built in Cebu (more or less 10 branches), they also have branches in Bohol, Cagayan, Davao, Pampanga, and most recently, Quezon City in Metro Manila! 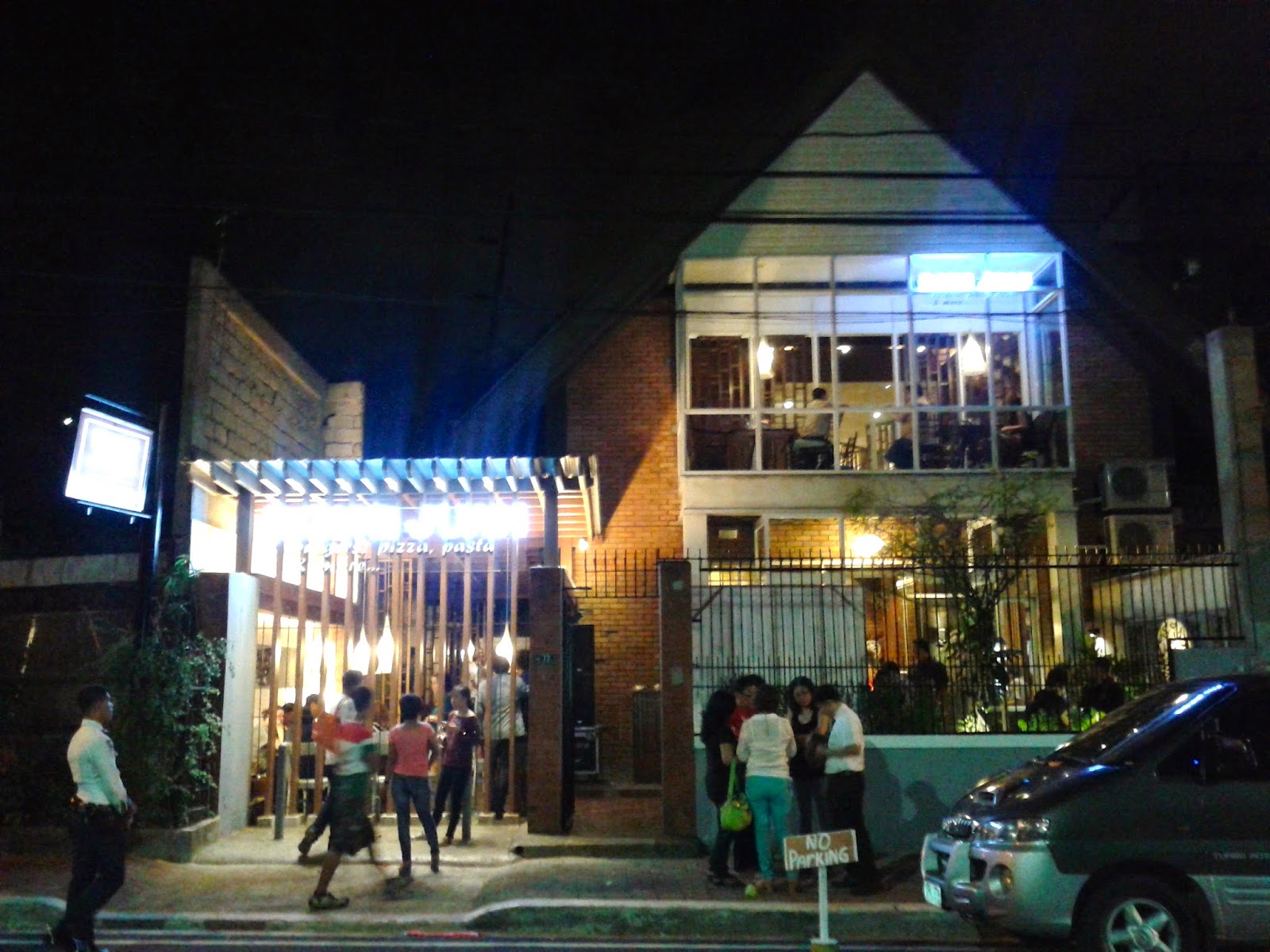 Dong Juan in Mother Ignacia, Quezon City is probably their most beautiful branch to date. It is set in an ancestral house, owned by Severino Reyes -  a Filipino playwright  more popularly known by his pen name "Lola Basyang"- across St. Mary's College. You can't miss it!

I had the special privilege of being invited to their grand opening at the end of July with my entire trip sponsored by the generous hosts, Mr. Barney and Mrs. Aubrey Borja. I was flown in to Manila on a Friday morning and was accommodated in Tune Hotels, Quezon City. But before I was dropped off at my hotel, I was brought to Dong Juan for lunch.

I was so amazed at how pretty the interiors were, all the while retaining their signature look with decorative blocks, tall coco dividers, and local painter Paul Arenas' lively paintings. I could say it evoked the same simple yet cozy charm of their first branch in Guadalupe, as if one was dining in a friend's home. 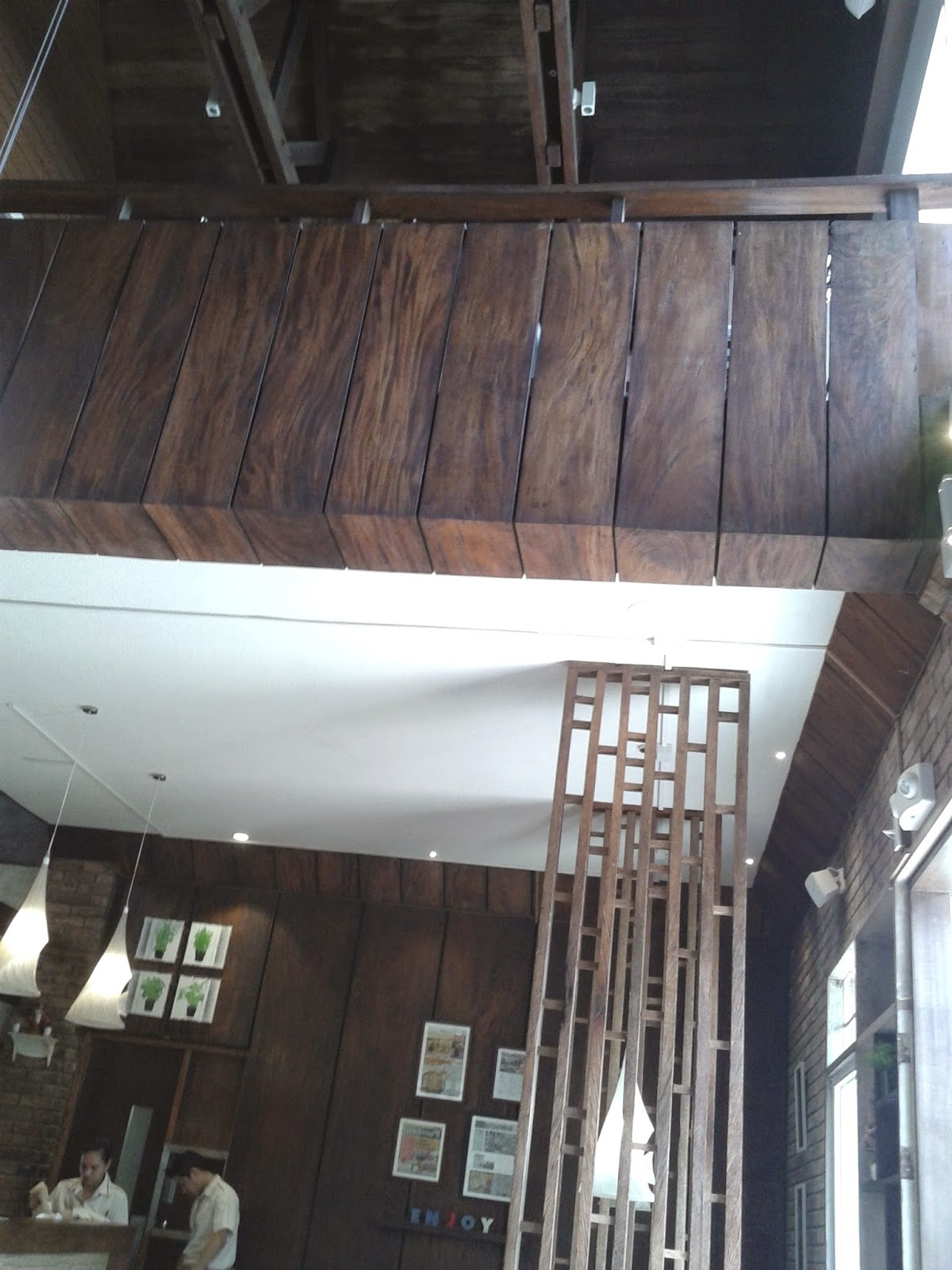 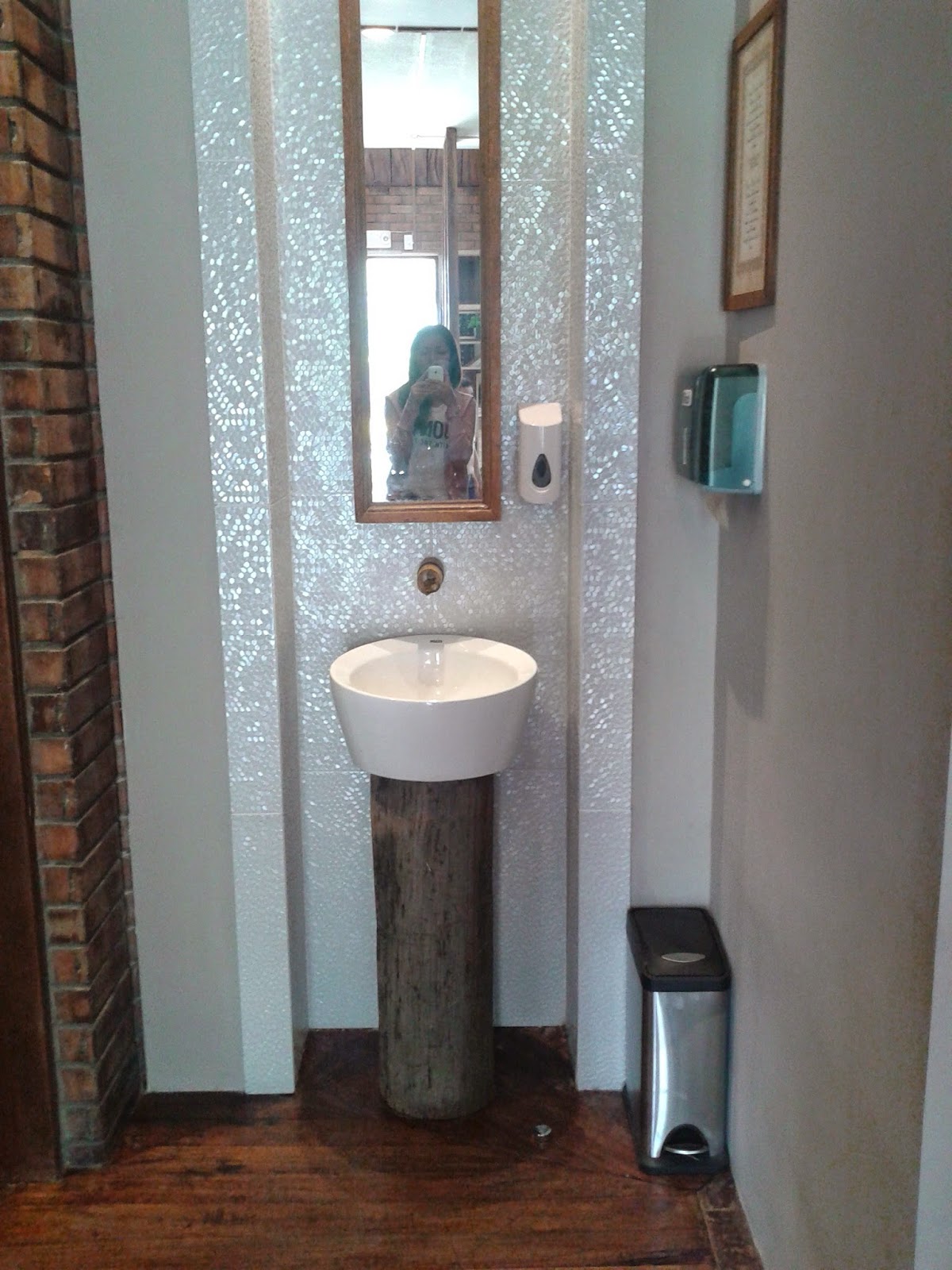 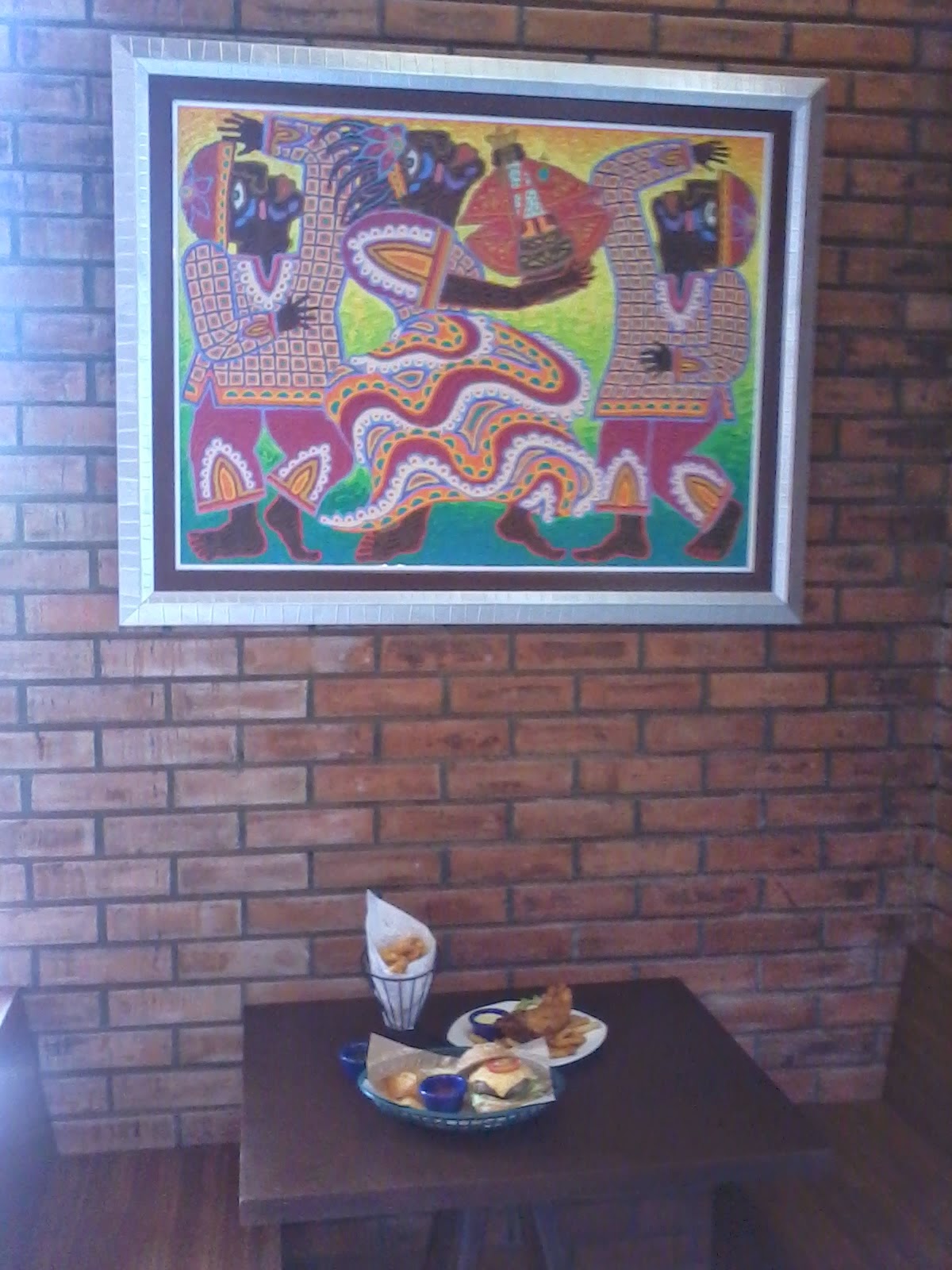 This branch had a staircase leading to the second floor where there were several rooms for special occasions or functions such as business meetings or intimate birthday celebrations. The entire floor is also available for exclusive bookings. 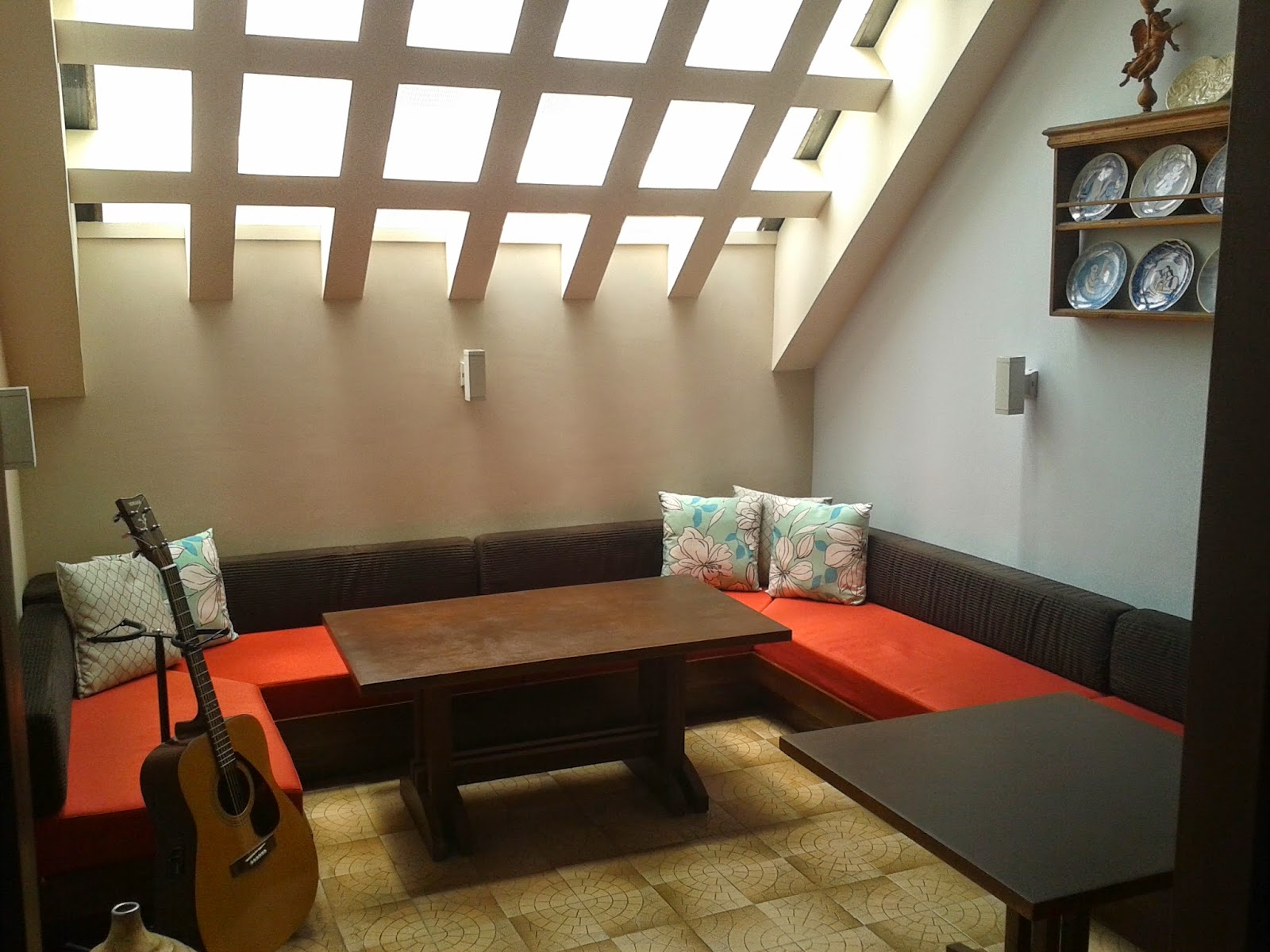 They also have a cute little spot under the staircase if you feel like getting a bit more privacy. Since this branch is snuggly situated within the vicinity of the country's top TV networks, ABS-CBN and GMA, expect to find local celebrities dining here. And I bet this would be a favorite spot in the house. 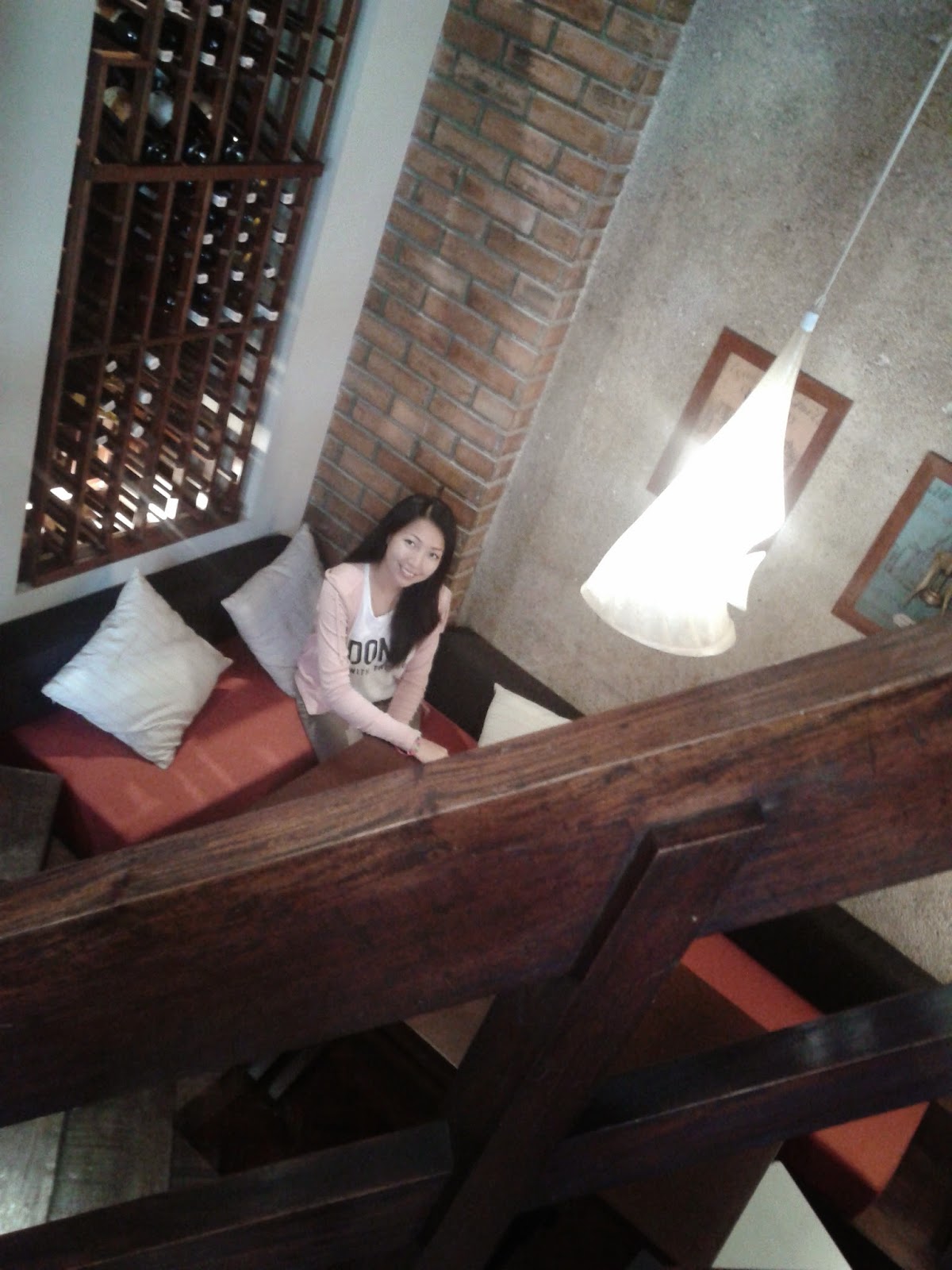 For lunch, I ordered their Popeye Shrimps, Fish n Chips, and a Cheeseburger. Oops, excuse the gluttony. If you dine with me, you'll get used to it. I just like variety in my meals. ;) 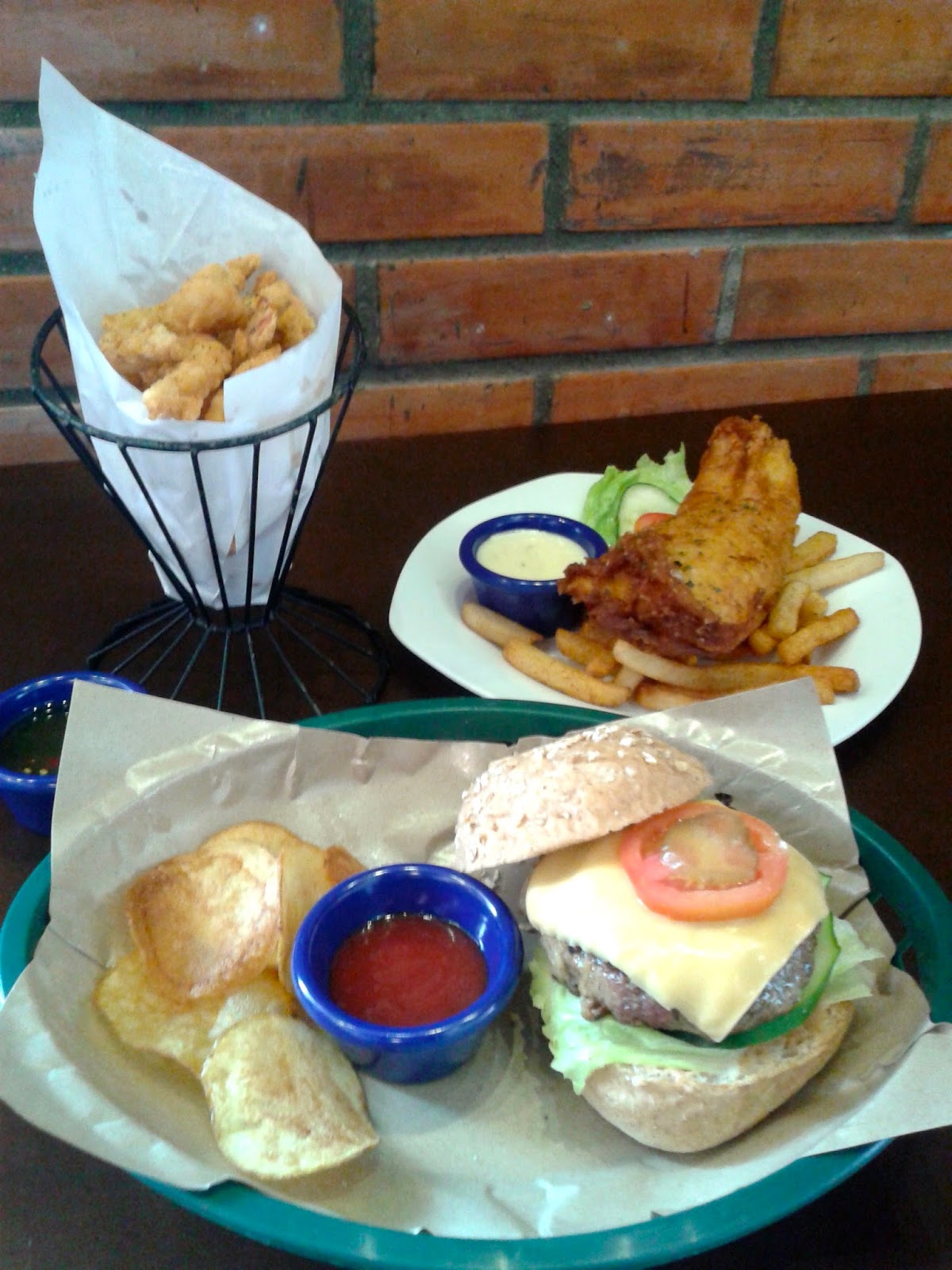 There was not a trace of disappointment as all the dishes were just as good as their original branch! Well done, Dong Juan! Keep this up and the whole neighborhood will be scurrying to your doorstep again and again.

The grand opening was to be in the evening so I headed to the hotel to rest from my early flight that day and freshen up for that night's affair. I was excited and curious to see which celebrities would show up. I was betting on Martin Nievera to be there because I remembered Dong Juan's post on Facebook, showing pictures of him dining in the Persimmon branch in Cebu and even going back the next day because he loved it. 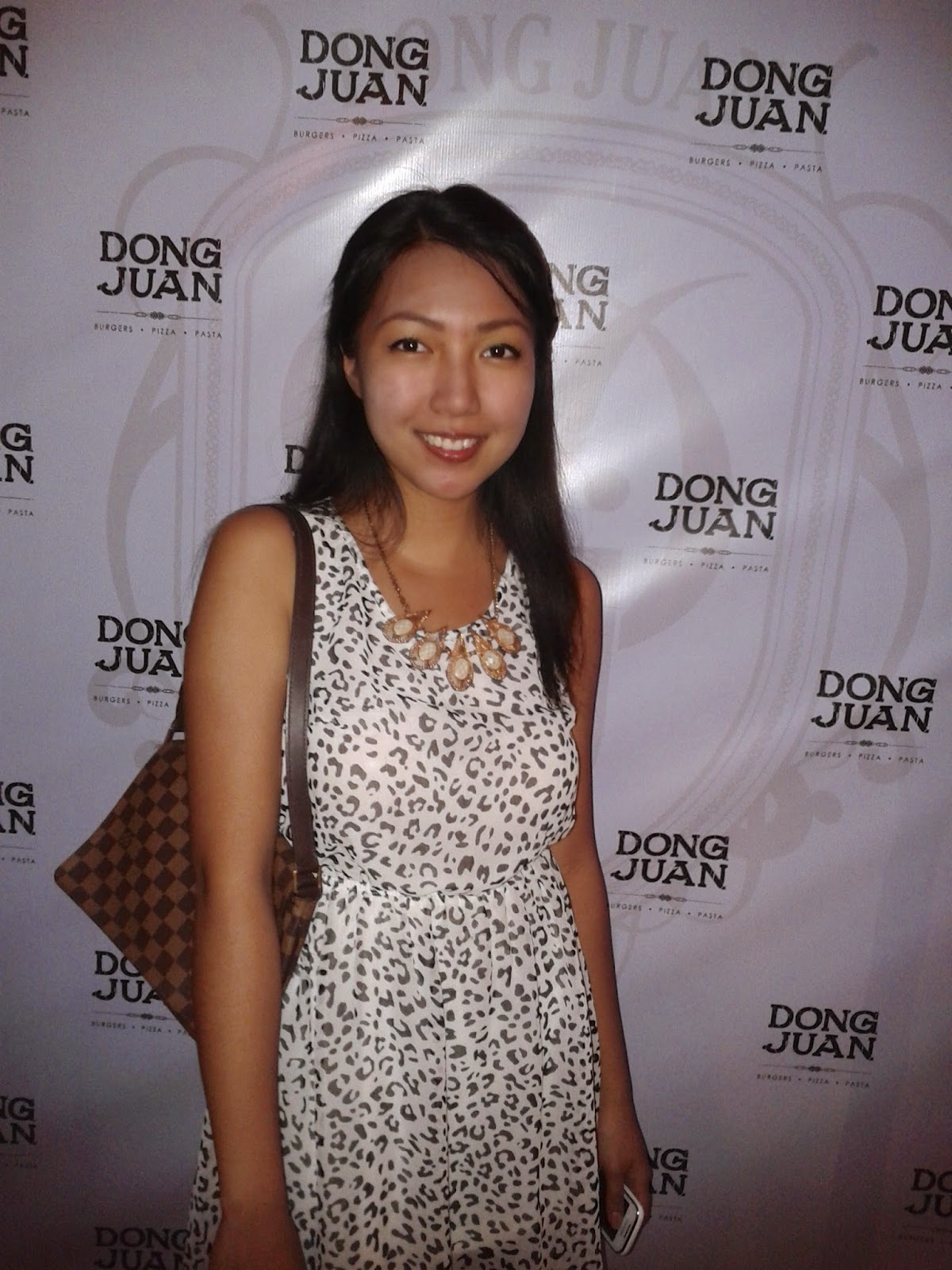 When I arrived at the event, I was brought to the second floor where most of the celebrities were seated. True enough, the first person I spotted was Martin Nievera! He was very jolly, friendly, and talkative - the life of the party. We were introduced and chatted a bit along with his friends. It was to be a festive night - unlimited burger steaks, chili wings and crispy pata, and not to mention, the spontaneous crooning of the guest entertainers in the likes of Martin Nievera, Luke Mejares, and Jimmy Bondoc. 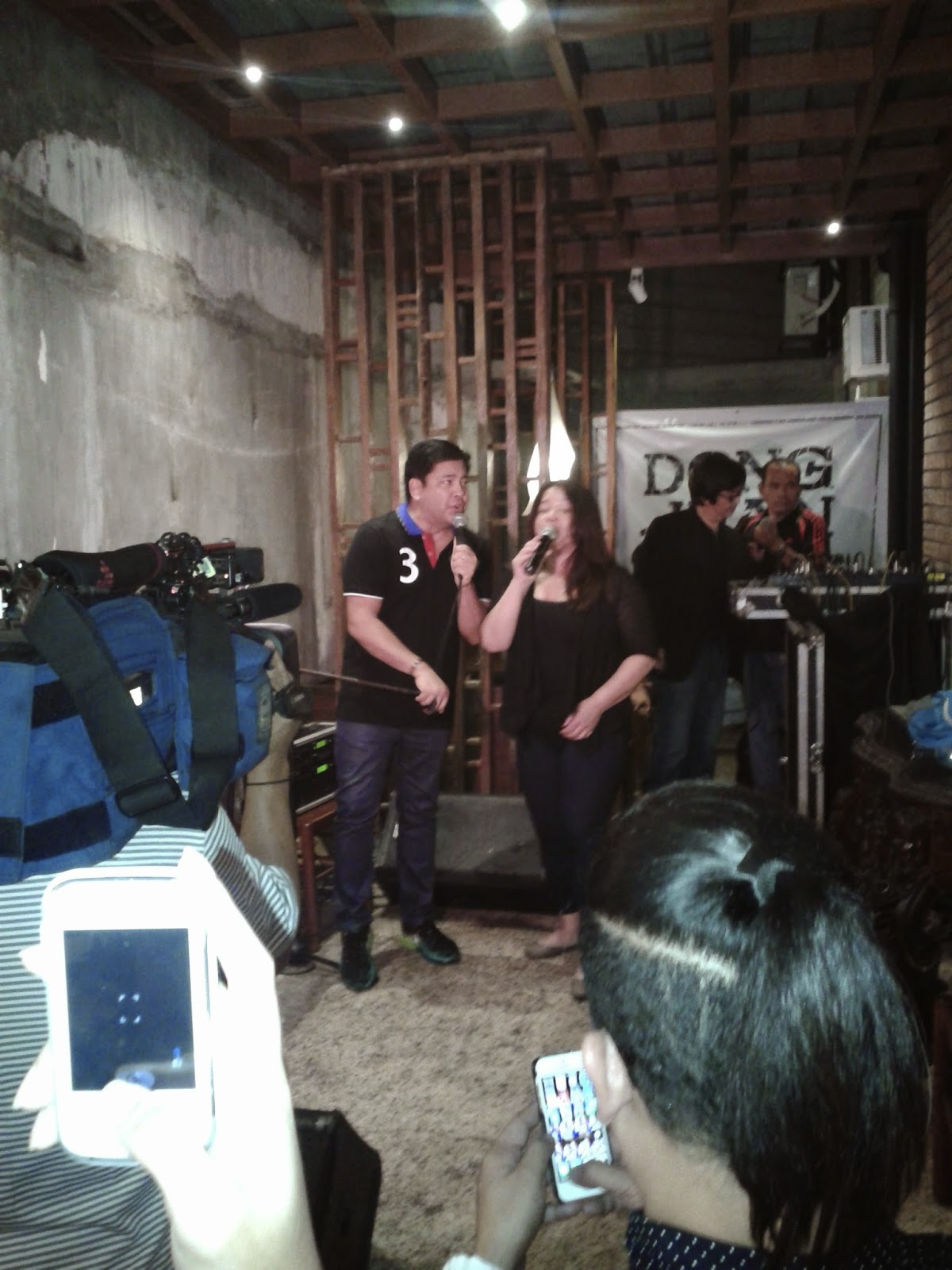 Of course, I had to have photos with some of the celebrities I spotted:

Dong Juan's Manila settlement looks promising and definitely something Cebu should be proud of. Expect to find familiar Dong Juan menu staples such as their burgers, pizza, and pasta. They also have a new addition to their dessert menu - mug cake which comes in 5 flavors: Dark Fudge, Red Velvet, Salted Caramel, and Speculoos Cruncy Cookie Butter. It's quickly becoming a favorite by many and I really recommend you try it. Other dishes I'd recommend are their Gambas al Ajillo pasta (a personal favorite), Onion Rings, Pork Sisig, and Sizzling Pochero. So, I'm inviting everyone in Metro Manila to drop by Dong Juan and have a taste of one of Cebu's most innovative restaurants. :)

Congratulations, Mr. and Mrs. Borja! Keep soaring and more power to you!