I resided at Guadalupe since I was in grade school until 2009 and the only decent restaurant nearby that most of the community knew then was Mooon Café. But right along the street where Mooon is situated, a small house that seemed to be a restaurant caught my eye every time I passed by. The signage read “Dong Juan”. The anything local junkie that I am, the name interested me and made me wonder what kind of food they served. I was in high school then and only got the opportunity to dine there when I got to college because a friend of mine recommended the place to me for their juicy burgers.

I like Flame It but I was never a huge fan of burgers.... until the day I tasted Dong Juan's. The day Dong Juan's burger touched down on my tongue was the day I officially fell in love with burgers. I'd only settle for Flame It since Dong Juan isn't in Ayala. No other burger could compare to the sensation Dong Juan left me. 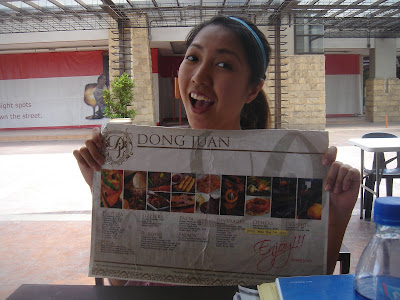 Dong Juan first opened in December 8, 2007 at Guadalupe with a concept that catered to the Cebuano palate and  not to mention, pocket. It is a family-owned business and was intended to be a burger and pizza place where middle class to upper class can enjoy good meals at value for money. I have only dined there 4x but am always satisfied. I've tried their Dong Juan burger, sisig, pizza and gambas al ajillo pasta. I loved the pasta. It was topped with bonito flakes which gave a distinct flavor to the dish. I'd always recommend their burgers and pasta to friends who ask me about Dong Juan or a place to go for a food trip. This hidden treasure has flourished solely by word-of-mouth. 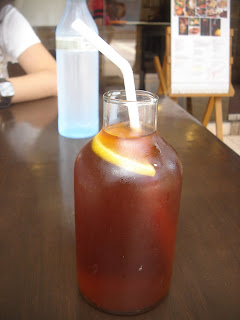 Aside from the good food, one other item that contributed greatly to their popularity is the glass they use to serve their iced tea. They use a sake glass which is actually exclusively made for them. Their food is exceptionally tasty because most of their dishes and the corresponding components are made from scratch such as the sauces, coatings and even potato chips. They  also use quality ingredients.

Last May, the second branch finally opened at Persimmon, M.J. Cuenco, Mabolo; near Ayala. The setting here is different from the pioneer branch in Guadalupe; a simple yet sleek interior retaining little signature details like their wooden bench chairs. Seating capacity can accommodate up to 60 pax and reservations for special occasions are also accepted. Before the second branch opened, Dong Juan was already packed even on weekdays since this year. Thus, reservation is strongly recommended. 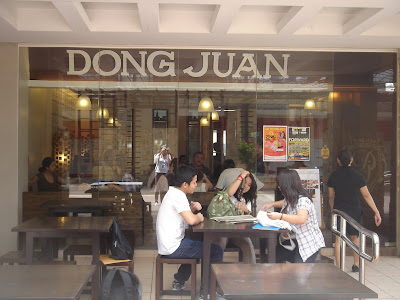 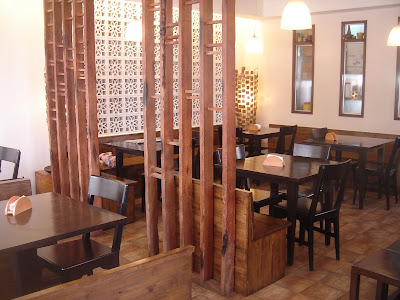 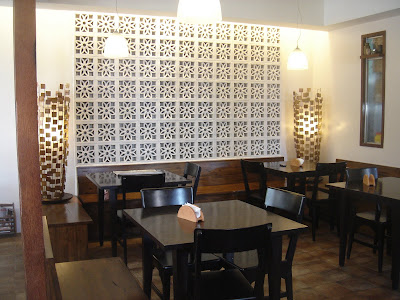 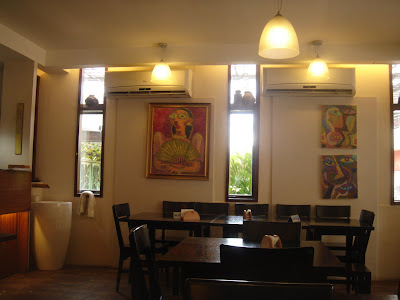 I checked out this new branch with 3 of my college friends. Carl and Natasha got the Dong Juan burgers, I had the Chili burger and Jillian had the burger steak. We also ordered the onion rings for our appetizer. The onion rings really surprised me because they weren't just onion rings. They were ONION RINGS. HUGE! Battered and breaded and accompanied by a citrus chili sauce. That had to be one of the best appetizers I've ever had and definitely the best onion rings I've ever had so far. Dong Juan sure knows how to play with senses, entertaining both eyes and taste buds. 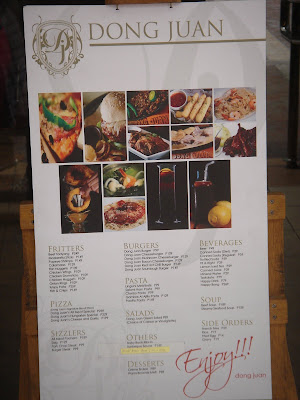 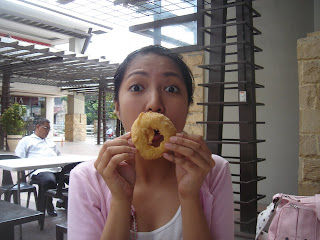 Their burgers are succulent and flavorful, half an inch thick. Burgers range from 99-149 php. 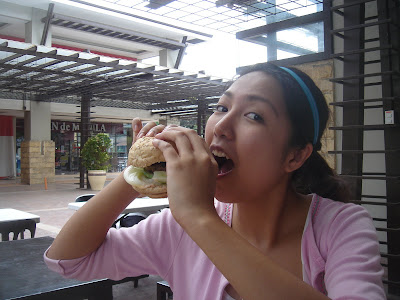 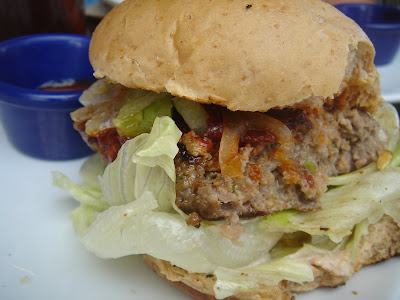 
Dong Juan is the place to be for great food, great company, and great value. 85% of the menu is worth trying.

P.S. I would like to apologize for not posting any entries for so long. I've been so swamped with school but I hope I can post something at least once a week.

I'd also like to thank Mrs. Aubrey Borja for sparing me her time to answer some of my questions about Dong Juan.