HA! Finally found this place thanks to Tita Rachel who's been raving about it a few weeks ago. :D 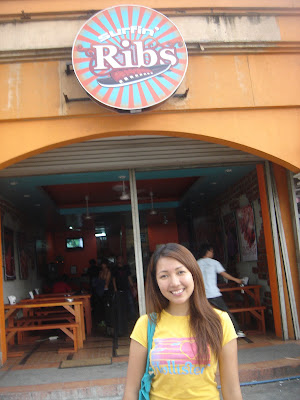 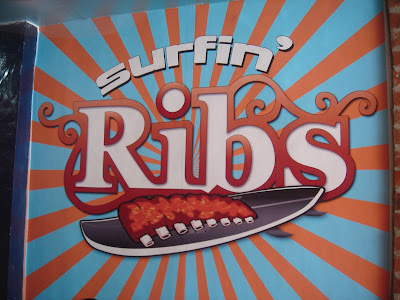 I actually read about this from one of the food blogs I follow, Cebu Food Spot, around two months ago. I've been curious about it since but never really figured out where exactly it is despite carefully scanning through Escario St. whenever I happen to pass by. But I was surprised when Tita Rachel was raving about it lately and she was so giddy about it, I just had to try it soonest possible. She told me it was the replacement of the old Flame It! branch at Escario. So there! Eureka!

She had forewarned me that it's not conducive for dining during lunch time because it's an open dining setting so there isn't air conditioning. I'm not a snob to these kinds of places though. I'm up for anything or anywhere with good food.

My best friend from culinary school, Kazoot had just finished her 10-month contract with a cruise ship and I couldn't wait to see her so I asked her out on a lunch date. We met up at Ayala and took a cab from there.

I like the logo of the resto. It looks catchy and I couldn't help but notice the hand washing area as well. I'd have to say, they have the most entertaining washing area I've seen so far. The wall was decorated with taunting signs that jokingly threatened customers who wanted to use the toilet. It is impossible to miss the supersized framed photos of their dishes hanging on the walls as well. Looking at the photos while waiting for your food makes you hungrier. 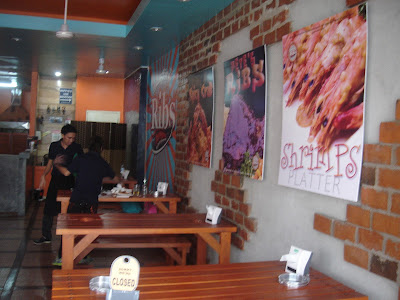 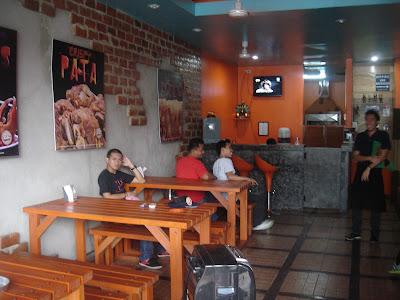 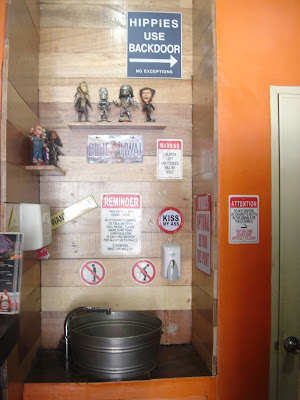 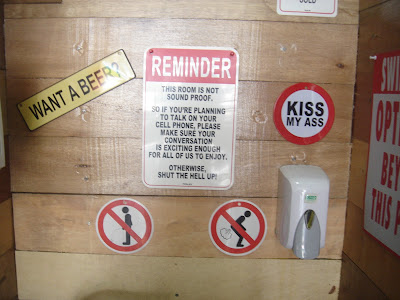 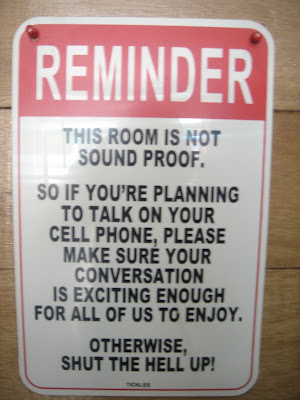 Service was swift. The ribs arrived first. I was impressed by the serving which contained not one but TWO slabs of ribs, a different cut from Casa Verde's (pardon the comparison), slathered with a generous layer of sauce and accompanied with a side of carrots and corn. It was tender but not as juicy as I like it.

I'm the type who prefers a moderate amount of sauce on dishes so I was a bit bothered by the thick amount slathered on the ribs and the sauce was also sticky and a little too sweet for my liking. I'd prefer a lighter coating and extra sauce in a separate container. Nonetheless, two thumbs up for the portion in contrast to the price. 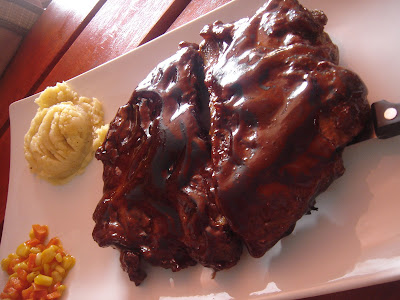 The Claw... Oh, this was just lovely! The chili garlic sauce coating it was so flavorful and the ginger in it was pleasant, not too prominent. It was just a little overcooked though because the meat was quite adherent to the shell. Don't be deceived by the seemingly small bucket, there were around 8 pcs. I couldn't believe how affordable it was for the serving -- just P120! All crab lovers can get their quick fix here as long as it's available. So, make sure to give them a ring before heading there. :D

Crab claws/pinchers have always been a fave of mine since my childhood when I'd eat huge, fresh steamed crabs in Surigao, Mother's hometown. 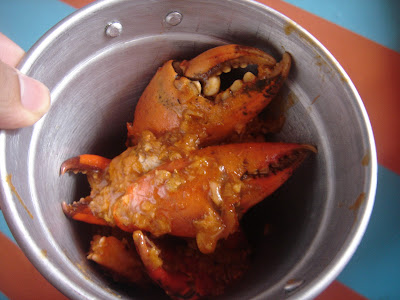 Brace yourselves, with this, you're sure to get messy. The sauce was dripping from my hands but I loved it. We were provided with a cracker to break open the shells. Kazoot said bibs should have been provided. I got a few droplets of stains on my shirt myself. 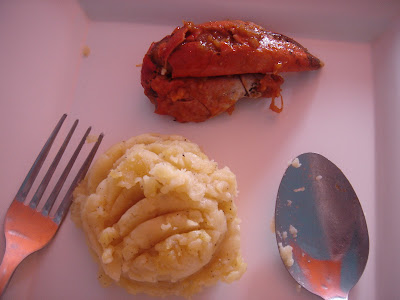 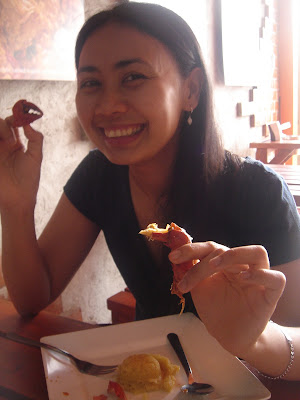 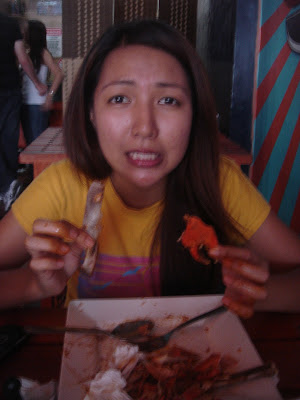 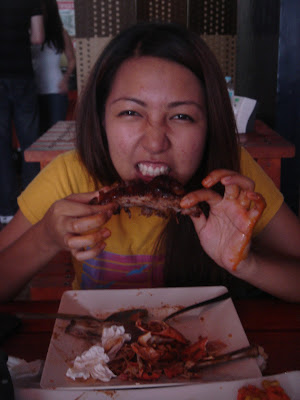 It was a successful date. We enjoyed the food and caught up with each other that we were the last customers. Actually, I was struggling with finishing my share of the ribs and claws and I eat pretty slow, too. I savor each spoonful in my mouth. :D 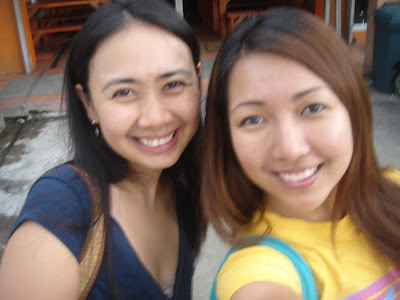 I'd love to go back for those claws and the rest of the menu. I think gambas would be next on the list. And what's great about this place is that food is good and incredibly affordable for the serving. Guess that's why people flock here especially during dinner. Kazoot and I wondered why they don't stay open late nights though with the menu that they have that's perfect for beer nights (not that I'm a beer drinker). I actually think this would be a good franchise. ;)

They serve beer by the buckets too so if you wanna drink and have good food along with it, you shouldn't miss this one. 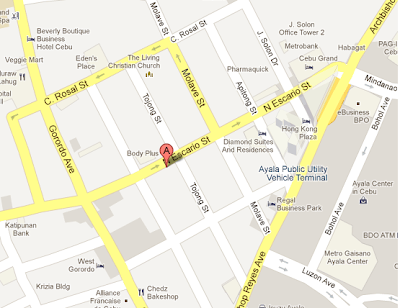